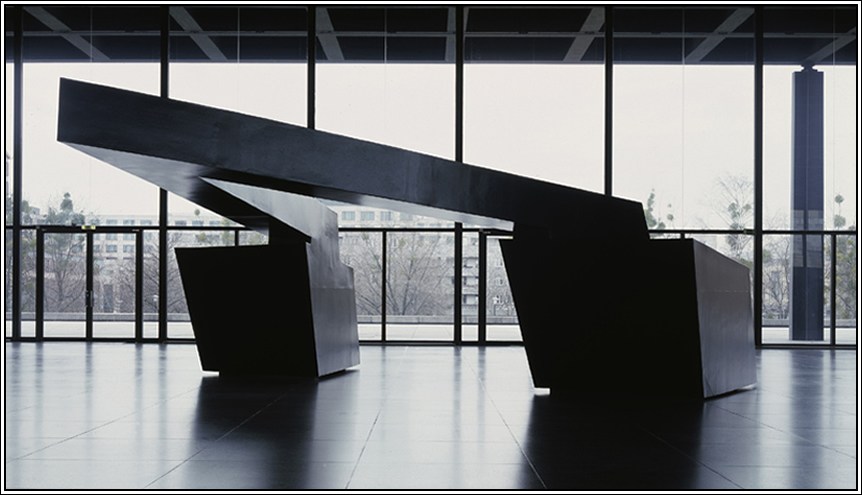 Like many others I’ve read “Art and Objecthood” lots of times since it was published, not least because of teaching it. It is, as Steven Melville has noted, pleasant to read, Fried’s argument is both sufficient and succinct. If there are shortcomings they have to do with how Fried describes ‘theatricality’ and duration. The former is worked out more thoroughly in his subsequent writing on Manet, where the term and its implications are seen to develop during the artist’s career, not least because of his relationship to it. The latter is less important to Fried’s argument but I still think he makes the contrast between sustained immediacy (which is therefore made of change by definition) and unchanging duration too simple and in that doesn’t do his own argument justice. For example one has to keep up with sustained immediacy, while sitting out an indefinite period will likely invite the mind to wander, away from anything specific. As Fried says of Robert Morris, such work is in practice dependent on its inconclusiveness. (144)

Of the three artists Fried sees as representative of literalism, Donald Judd is surely the central or main target. He it is who declares “the new [literalist] work obviously resembles sculpture more than it does painting, but it is nearer to painting.” (137) Judd is the obvious spokesman for the delusion, as Fried puts it, that modernist painting’s history is one of a revelation of its essential objecthood. In my opinion Judd’s problem is (was) clearly that he either didn’t understand, or just could not stand, paradox. To the extent that modernist painting sought to reveal or assert the side of painting that is an object, it was in order to defeat it. Moreover, or so it seems to me, Judd could neither take into account the involuntary nor perhaps grasp that one can’t display a negative. It is difficult if not impossible to stare at a blank surface and not see it turn into a depth, just what he didn’t want. While the thrill of abolishing pictorial space and replacing it with a work that was continuous with the undifferentiated space around it could only occur as long as one remembered—or knew—the spatial tradition and conventions to which it was opposed. Otherwise it was just a thing that sat there like a chair—and this is indeed true of a great deal that has been made since, where deadness is also regarded as cool. Judd’s alleged indebtedness to Andy Warhol’s Brillo Boxes and how they were displayed is I think not irrelevant.

The other two artists have little in common with Judd, or with wanting to abolish pictorial space, and while I see why Fried includes them they aren’t so essential to what he has to say. Tony Smith’s work was indebted no doubt to his friend Barnett Newman and his idea of the sublime, particularly with regard to indeterminacy but also I think to Newman’s cherished image of the Native American dance in which the dancer dances around a pole in an open landscape, and in this one may talk of a however tenuous relationship to modernist painting. But that’s as far as that goes, Smith’s background was in architecture, he studied with Frank Lloyd Wright and the scale of Die is taken from Le Corbusier, while whatever he may have said about the New Jersey Turnpike, the genesis of the work began with a drunken dream in which a little black file box that sat on Eugene Goosen’s desk flew through the air with wings. Drawings (or more precisely watercolors) exist, the dream followed Smith falling asleep after receiving a talking to from Goosen (the Chair of the Hunter College Art Department) about being drunk and misbehaving. Robert Morris was originally a dancer and for a time was Robert Rauschenberg’s assistant, so not too much about modernist painting to be found there, except of course for the part played by Marcel Duchamp in both Morris’ and Rauschenberg’s thinking.

It is in any case surely against Judd that Fried pits Caro, and that when he does so he opposes an art made out of juxtaposition to Judd’s logically problematic idea that wholes oughtn’t be subdivided. In noting that Caro’s work is made out of juxtaposing elements, Fried opposes it to Judd’s notion of completeness in that juxtaposition does not make an indivisible form, nor is it one thing after another. Fried describes Caro’s sculpture as a specific gathering of forms or shapes that are only seen in relation to others, where from some vantage points these are seen to be partly covered and from others in some cases the opposite. Caro is seen to be a sculptor in whose work there is an inside and an outside, and where the passage from the one to the other is and cannot be straightforward in that sometimes where the distinction between the two is inevitably shifts from vantage point to vantage point. This is of course part of the immediacy which the sculpture maintains as one goes around it, and contrasts with the hollowness that Fried says may be attributed to some works as a result of their literalist ambition. The works in question would of course be Judd’s, who avoids the charge by in practice being an artist of slight complication, so that the interior is not entirely empty. That is perhaps what he learned from Newman, whose works were never not paradoxical, and whom he seems in that respect if not others to have fundamentally failed to comprehend. Onement is made of two colors, for example, and one may go on from there.

In his old age Judd contradicted his earlier self and made work that is entirely about relating and composing elements, but that is of interest only in passing. What I should like to say here is that I think it’s a pity that Fried didn’t have the time or space to develop what he says about Ronald Bladen and Robert Grosvenor, whom he describes as sort of half-way between the positions represented by Caro and Judd. Bladen made some historically significant paintings in the early sixties but did his best work as a sculptor (and for the last two decades or so of his life only made sculpture,) and the work is “relational” in Judd’s terms. Grosvenor was, like Smith, trained as an architect (marine architecture in Grosvenor’s case, an intriguing beginning for a sculptor in that one might wonder where else one would learn to think of the ground of the work as fluid.) In the early seventies Grosvenor did make work which, consisting of a single plank with a partial break at one point along it, is very minimal and might properly be thought of in terms of Carl Andre or Morris rather than Caro. But most of his work since, and especially the more recent work, involves like Bladen’s an interruption of the ungeneralized space in which the viewer is standing. An interior is there which changes one’s sense of scale, separating the work from the world, whether or not it is to some degree penetrated or otherwise entered by it. These artists represent what was repressed by Judd, and largely still is now that the minimalist look has become the standard backdrop or support for nearly everything endorsed by the establishment—again the connection between Judd and Warhol is germane. They were (or are in Grosvenor’s case) the artists who were dissatisfied with the simple and dogmatic, while looking for something that was not as close to David Smith as was and is Caro. Fried disparages Susan Sontag in “Art and Objecthood,” but I think he would agree with one of the last things she said to me personally, which was that if it isn’t difficult it isn’t worth bothering with. Bladen and Grosvenor in my view offered difficulty, rather than implausible dogma or the already a bit familiar.

“Art and Objecthood” reminds us that the past is a foreign country, as the (now) quite obscure British author L.P. Hartley was the first to say. It belongs to an era in which Artforum was full of writing about art, and where the question of whether what was being discussed was worth considering as—or, as Fried’s essay asks, even was—art, was thought to be important. There could be no hint in the essay, or of any thing or of the artists to which it refers, of the anthropological haze moist with sanctimony that has since descended, obscuring and diluting questions having to do with aesthetic judgment while seeking to wash them away altogether. Thanks perhaps ultimately to Kojève, our art world is not like that one. It is much more concerned with social power rather than phenomenal force. One has the impression that in the art world we have collectors who run hedge funds fly to the Venice Biennale in private planes while artists and theorists who quote Marx (by way of Lacan’s internalization of Kojève’s nutty reading of Hegel) fly first or at least business, and once there they all have a fulfilling time talking about freedom and inequality while not bothering with class warfare, which is obviated by the need to wait for Alain Badiou’s “authentic event,” or something of that sort. Meanwhile, and as a result, Artforum is full of socially responsible writing about culture in general. Not a word any more about whether anything is worth thinking about because it’s art, not to mention whether it is. 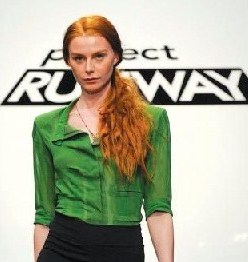 Money is in the Eye of the Beholder