The Labyrinth of Interpretation: On Cathy Gere’s Knossos and The Prophets of Modernism 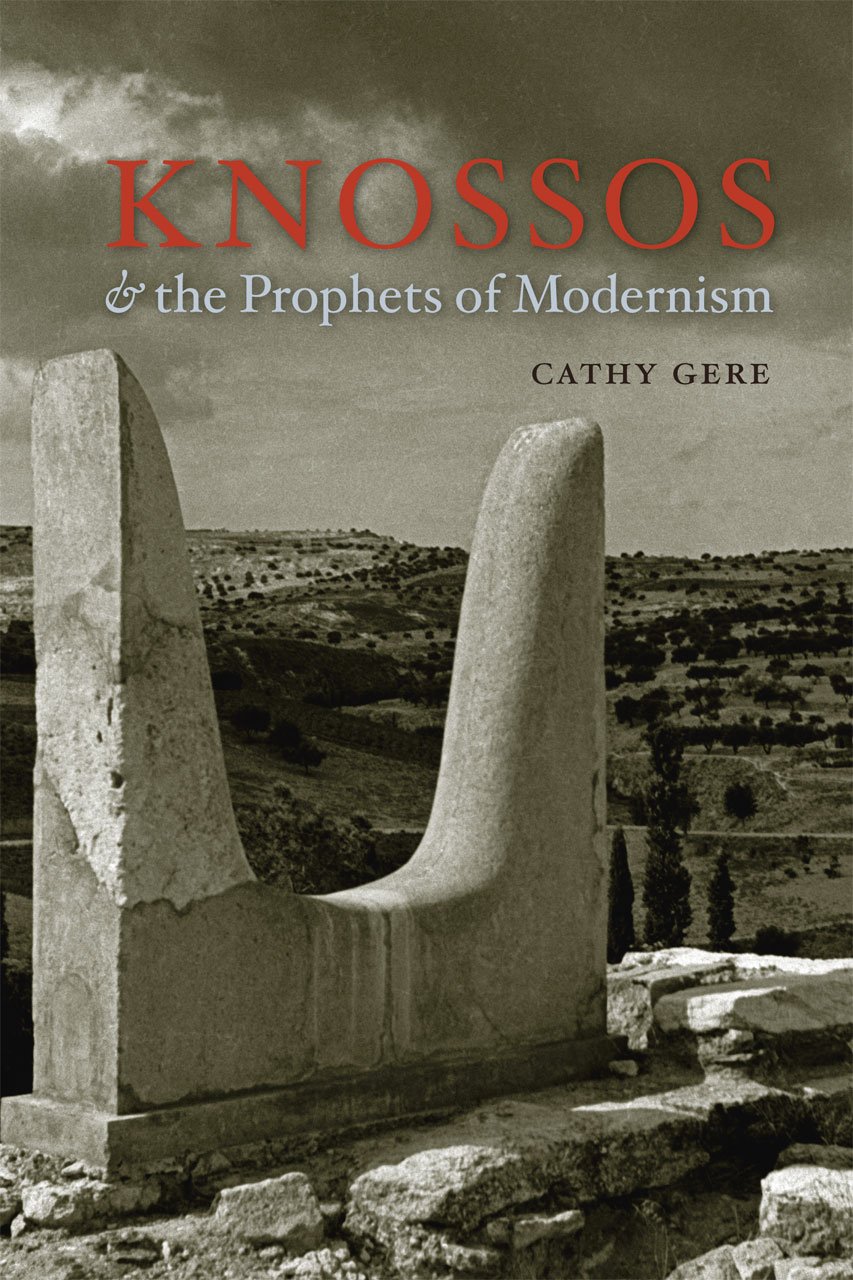 At the center of Picasso’s Guernica, a woman’s arm thrusts an illuminated candle over a screaming horse in the direction of a bull’s head. Long recognized as a mirror-reversal of the artist’s Minotauromachy etching of two years earlier, this compositional arrangement and its mythological reference at a certain point came to structure interpretations of this canonical representation of the horrors of war. Anthony Blunt, for one, sees the confrontation of Ariadne and the Minotaur in terms that resonate powerfully with the perceived significance of Guernica: “The exact meaning of every symbol may not be clear, but Picasso has rarely given such forceful expression to the general theme of the checking of evil and violence by truth and innocence.”1 Although the broad understanding of this theme has remained fairly consistent in readings of Guernica, the “exact meaning” of the bull’s head, for instance, has sparked much dispute: on the one hand it has been interpreted as a symbol of fascism, on the other hand as a symbol of the invincibility of the Spanish people. As early as 1939, Picasso dismissed such quibbling, stating, “The bull is a bull…It’s up to the public to see what it wants to see.”2

However disingenuous he might have been, the artist’s stated insistence that the public could determine the meaning of the painting fits squarely within an anti-intentionalist hermeneutic tradition that is all too familiar to readers of this site.3 The meaning of the bull, I think we agree, cannot be a meaning at all if the viewing public can just “see what it wants to see.” Given his other statements on this problem—“I don’t want there to be three or four or a thousand possibilities of interpreting my canvas. I want there to be only one…”4—Picasso should probably be understood here as simply dismissing reductive readings of his iconography. You’re not understanding the painting at all, he seems to say, if you think it matters what the bull symbolizes. It strikes me, however, that the specific case of the bull’s head in Guernica raises a key problem for any intentionalist account of a work’s meaning. That problem is the public.

By deep convention, artworks are made to be beheld. Consequently they lack meaning outside a shared set of symbolic coordinates, for instance a language game or a mode of representation. As such, the interpretation of an artwork by its historical beholders can function as one key measure, although not an arbiter, of the meaning of that work—see Diderot on Chardin or Alfred Sensier on Manet’s Olympia. To put it another way, an artist’s address to a public, however narrowly defined, forms a necessary condition for the successful production of (intentional, meaningful) works of art. And yet, under certain historical circumstances, artists have faced the risk that political and economic agents would misconstrue their meanings—“the future that works of art envisage is…very often one of misuse and misunderstanding”—and one account of modernism sees the spiraling retreat from the public sphere as part of an attempt “to annihilate the very ground of misreading.”5 Guernica seems an exceptional case: it is a major modernist work clearly meant for a broad public, and its recent adaptation as an icon of anti-imperialist politics suggests that the reception and interpretation of the work is ongoing. Could Fallujah, for example, have been part of the meaning of Guernica?6 It could if the public can “see what it wants to see.” And even if we take the artist’s intentions seriously, Picasso must certainly have imagined some kind of public—either when the work first appeared at the 1937 Exposition Internationale in Paris or sometime after—who could correctly interpret the painting. What are we to make, then, of the meaning of the bull’s head, of Ariadne and the Minotaur, of the public’s ability or inability to see what Picasso intended it to see?

Cathy Gere’s recent book, Knossos and The Prophets of Modernism (University of Chicago Press, 2009), offers some new ways of thinking about this specific question and its broader implications. It is first of all an account of the explosion of different, complexly overlapping adaptations of a certain phantasmatic interpretation of the historical and archaeological sites of ancient Crete. Beginning in 1900, Sir Arthur Evans oversaw the excavations of the palace of Knossos, and in various publications elaborated a new account of the Minoan world in which a peaceful island kingdom was ruled by goddess-worshipers. A pacifist and matriarchic utopia thus emerged into view at the very moment that Crete and the wider world became gripped by warfare and the domination of instrumental reason. What Gere unearths then is a genealogy of the modern understanding of Ariadne and the Minotaur, of Theseus, Minos, Pasiphae, Dionysus, Daedalus, and the labyrinth at Knossos. Evans concretized these old mythologies for a post-Nietzschean twentieth century. Knossos and The Prophets of Modernism demonstrates how this new history of ancient Crete entered into the work of such figures as Giorgio De Chirico, James Joyce, H.D., Sigmund Freud, Robert Graves, Henry Miller, and more recently the historians Henriette Groenewegen-Frankfort and Martin Bernal. Gere’s account of Picasso takes up only three pages, but the logic of Ariadne as a symbol of peace (a pacifist if not a matriarch) crystallizes against the backdrop of a widespread embrace of the modernist myth of Knossos. Picasso’s use of Cretan iconography in etchings and paintings is, according to Gere, “clearly indebted to Evans’s excavations.”7 In this light she offers a variant on the iconographic reading of Guernica: “The imploring woman in the center of the mural who holds out a candle is the descendant of the Ariadnes of the earlier images—the feminine principle who might momentarily tame the Minotaur of human violence, but who can now do nothing but helplessly beseech the unstoppable forces hurtling the world toward war.”8

Perhaps more interesting than this admittedly thin iconographic gloss is Gere’s articulation of the wider ideological structures that enabled the widespread adaptation and transformation of the theme of the Cretan Labyrinth. That Knossos and its mythology could be recruited for anti-fascist cultural productions is not, for instance, arbitrary or coincidental. Evans’s discovery of the peaceful rule of King Minos took form as a willful dialectical inversion of the slightly earlier and equally powerful myth of an Aryan warrior-society in Mycenaean Greece. Here and elsewhere Gere points out that the swastika itself entered proto-Nazi racial ideology only through archaeological discoveries from Bronze Age Greece presented by Heinrich Schliemann and others in the 1870s and 1880s.9 For a certain generation in the late nineteenth century, the swastika stood first as a sign of the origins of European culture in Greece and only secondly as a marker of a racial lineage. In 1914, a Cambridge classicist even proposed “the swastika as the earliest ascertainable form of the [Cretan] Labyrinth.”10 Openly racist himself, Evans nonetheless reconstructed evidence of, among other things, the cultural dialogue and social mixing of Minoans with sub-Saharan Africans, successfully prying Crete apart from the supposed Aryan mainland. And yet, the conclusion Gere points to in her subtle and deeply researched analysis is that the pacifist myth of Knossos was not, in its historical origins or methodological justification, any different from the Nazi myth of Aryan Greece.

At the core of Knossos and The Prophets of Modernism lies the problem of historical interpretation. The excavation and reconstruction of the palace at Knossos—paid for and overseen directly by Evans—unveiled extraordinary murals and colorful columns to the public. But as Gere makes clear, the palace was in fact rebuilt in modern concrete, the first such structure on the island. What at first glance appears to be the oldest monument on Crete, turns out to be one of its most modern. Similarly, modern artists simply reimagined many of the famous artworks in the palace taking small fragments of originals as their inspiration. Emile Gilliéron—De Chirico’s onetime drawing instructor, astonishingly enough—oversaw these recreations and originated their stylistic template. Although not a recent revelation, all this comes as a something of a surprise to those outside the field, so influential is Evans’s vision of ancient Crete. Nonetheless, visitors have long intuited the modernism of the paintings at Knossos. Evelyn Waugh, for one, thought Evans’s team had “tempered their zeal for accurate reconstruction with a somewhat inappropriate predilection for covers of Vogue.”11 That Gilliéron’s son, who collaborated on these projects, seems to have been implicated in forgeries of Cretan artifacts suggests a bizarre circularity between fakes and the “accurate” reconstructions based on those seemingly authentic works. All this calls into question Evans’s overarching interpretation of Minoan culture. We now know that he failed to acknowledge evidence that contradicted his view, and no archaeologist today would be satisfied with the elaboration of whole worldviews out of small fragments of artworks and buildings. It comes as no surprise that the pacifist and matriarchic interpretation of Knossos has largely sunk from view.

As Gere demonstrates, however, Evans was by no means alone in his fanciful projections of modern aesthetics and ideologies onto the distant past. Indeed, she characterizes his endeavor in terms borrowed from an 1880 essay by Thomas Henry Huxley as “retrospective prophecy,” an approach Carlo Ginzburg finds saturating the methods of the Victorian detective, the psychoanalyst, and the art historian, all of whom share a belief that the task of interpretation was (and is?) the reconstruction of an otherwise invisible image of the past through the collecting and filling in of fragmentary clues.12 For Evans, rebuilding the entire palace of Knossos from its shattered remains presented no more problems than Morelli’s attributing a painting to Botticelli based on a single ear. There is something distinctly modern about this synecdochic method, and the fact that in this case it seems to have got so much wrong does not, in itself, undermine its internal logic. Still, what Gere wants us to make of Evans and the method of “retrospective prophecy” never comes into sharp relief. She accepts the most recent archaeological skepticism about the early-twentieth-century view of ancient Crete, but at the same time she revels in the rich afterlife of Evans’s misreading to such an extent that the reader begins to lose touch with the problem of interpretation that the entire account lays out. Ultimately, this ambiguity flows, I think, from the nature of the problem Gere comes to diagnose.

At its core, Knossos and the Prophets of Modernism unveils a tension between a certain wild misreading and its fruitful re-use in a variety of cultural productions that followed. The tension is unsettling, not so much because the misreading undoes the richness of the art, but because the art remains rich despite or even because of the misreading. That Evans got the reading of Knossos wrong is one thing; that Picasso found a use for what he got wrong is quite another thing. The bull’s head in Guernica might or might not be a Minotaur. It might or might not be a sign of “human violence.” But for a public deeply saturated in the modernist fantasy of Knossos, the possibility that such interpretations might match the intentions of the artist seems less and less farfetched. The epistemologically flawed sometimes provides a frame for a self-contained cultural logic that functions perfectly well within it. The challenge, as Knossos and the Prophets of Modernism paradoxically sets it, is to spool out a historical interpretation that concretizes the difference.

Marnin Young is Associate Professor of Art History at Stern College for Women, Yeshiva University. He has published articles and reviews on nineteenth-century French art in The Art Bulletin, Art History, Critical Inquiry, Nineteenth-Century Art Worldwide, and the RIHA Journal. He is the author of Realism in the Age of Impressionism: Painting and the Politics of Time (Yale University Press, 2015). His current research focuses on space in and around Post-Impressionist painting. 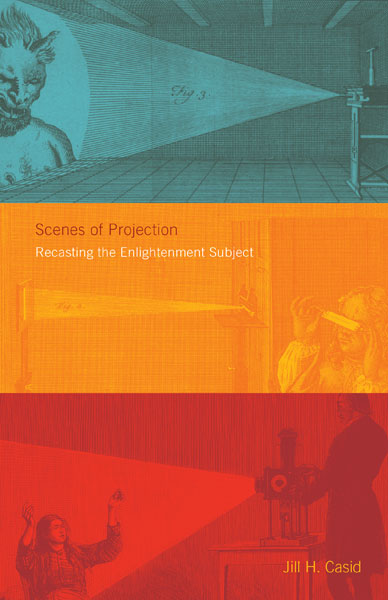