Between #Defund and Reform: Reimagining Safety and Restructuring American Policing

Last week, the House passed H.R. 7120, The George Floyd Justice in Policing Act of 2020, addressing some of the demands following recent protests over Floyd’s death in May. Though it is not likely to pass the Republican-dominated Senate, the bill is an attempt at a federal response to the outpour demanding an end to chokeholds, excessive force, and racialized policing. The bill calls for body cameras and a National Police Misconduct Registry, and it would also allow the Department of Justice to investigate police departments for discrimination. Among other things, it attempts to establish uniform data reporting and impart legal changes to qualified immunity and the threshold for prosecuting law enforcement officers.

What the bill doesn’t address is the structural funding needed for these measures and more. A yearly $100 or even $250 million appropriation through a Justice Assistance Grant (JAG) is a wholly inadequate means of remedying training for the over 800,000 law enforcement officers, updating antiquated systems in order to provide more uniform reporting, or creating the Misconduct Registry, not to mention the other reforms. A JAG, while one of the leading sources for federal justice funding for state and local governments, is an impermanent grant that cannot address the need for a steady source of reliable funding for systemic change.

My research suggests that in response to the lack of a national funding strategy for public safety and policing, local and state governments use fines, fees, and surcharges to garner funds for their large budgets. In this process, many localities squeeze mostly poor folks for money. This reliance on the poor for law enforcement funding is a definite contributor to the dismal relations between some communities and law enforcement. Increased patrols, traffic stops, and searches aid a culture of mistrust and terror surrounding law enforcement interactions.

Piling on fines and fees for things like parking tickets or expired registration, and charging for jail stays and probation fees, leads many poor people into cycles of debt to courts and law enforcement agencies. Entering into payment plans can lead to continuous forms of supervision, as people cycle through probation and incarceration.

For example, we already know that in the 2014 Department of Justice investigation into Ferguson, Missouri following the death of Michael Brown, frivolous traffic stops and quotas tied to promotions were part of the culture of policing in Ferguson, which had little to do with public safety and more to do with filling a budget gap. For years in nearby Pagedale, Missouri, residents were ticketed for too high grass, mismatched blinds, or BBQing on their front porches, putting mostly poor residents through trumped up ticketing and incarceration over unpaid fines. The Institute of Justice found in 2013 that the city’s municipal court, which met twice a month, “heard 5,781 cases, or an average of 241 cases per night.”  A successful lawsuit has curbed the practice, but public safety still makes up 75 percent of Pagedale’s over $2 million dollar budget with real estate taxes not even coming close to covering a quarter of the City’s budget. It is clear that in the absence of a federal mandate, many local governments with small budgets are weighed down by public safety expenditures and have been reluctant to institute increases in local taxes.

What I have found through my research is that at both local and state levels, fines/fees and surcharges have acted as a predatory tax system in the absence of real structural reforms for justice funding. Ohio and Florida are two states that have over 100 justice-related charges, and North Carolina is an example of a state that has had almost yearly rises in justice fees since 2003, with a seatbelt violation fee of $25 in the 1980s ballooning over 644 percent to around $180 with the addition of court fees. Accounting for inflation, this is still a 190 percent increase.

The movement to #defund police and redirect funds into education, youth, mental healthcare, and other social services has gained traction as we see local legislators begin to slash budgets across the country in New York, Oregon, and Minnesota, for example. However, #defund does not address the foundational problems of the model of public safety and law enforcement in the U.S., which can be traced not only to a racialized system and anti-blackness, but to a dearth in sustainable infrastructure around safety funding.

Using an amalgamation of federal and local grants and varying degrees of real estate and property taxation often falls short. For example, in South Carolina, 42 percent of the police training budget comes from traffic fines and fees and court filings, and with the covid-19 epidemic, that source of funding has been even lower with less drivers on the road. The Supreme Court ruled unanimously back in 2019 that states cannot impose “excessive” fines, fees, and forfeitures, but just what is “excessive” hasn’t been explicitly defined.

Without a federal infrastructure for centralized and stable funding for law enforcement and courts in the U.S., problems will persist.

And yes, it is correct that law enforcement and the nation’s courts have been tasked with the impossible job of policing social problems. One of the most unfortunate cases I witnessed was in a New Orleans courthouse where a mother and daughter sat in maroon jumpsuits in Magistrate court inches away from each other after an argument; they had spent the night in jail, and the judge ordered them to “have no contact” with one another. Homelessness, domestic violence, and mental health issues are but a few of the communal issues that would be better suited for counseling and health advisors rather than criminalization.

Fortunately, there are models to learn from on law enforcement restructuring. Several countries throughout Europe, including Norway, Sweden, Denmark, the Netherlands, and Scotland have embarked on large scale system reform. There are many mistakes to learn from, but the Netherlands example is a particularly worthy case study.

The Netherlands model of decriminalization of certain minor infractions, nationalization of the police force to include centralized training, funding, and fine payments as well as providing strong national backing for public defenders has created a less antagonistic relationship between citizens and law enforcement; it has also led to the closing of several prisons. In addition, a diversification of responses to social problems along with increased use of technology, specifically in traffic situations, has led to less of a need for traffic stops.

While smaller than the U.S., the Netherlands has a slightly higher number of police officers per capita–295 per 100,000 versus the U.S., which has 238 per 100,000. It has some of the most punitive and highest fines in Europe (a Category 6 offense comes with a 890,000 Euro fine) and yet, it continues to close prisons with just 63 incarcerated people per 100,000 compared to the U.S. with 655 per 100,000. By decriminalizing infractions and settling them with fines or transactie (transactions), they have been able to lower police interactions and create a less volatile policing presence in Dutch cities.

For example, as the government explains: “Someone who travels by train without a ticket is fined € 90, someone found to be drunk and disorderly is fined € 90, and someone who urinates in public is fined € 140. These fines are dealt with administratively, which means that the courts are not involved.”

In the U.S., depending on the city and location, these same behaviors could lead to arrest and incarceration, and a poor person who committed the infraction could face numerous days in jail if unable to afford money bail or if they happen to get caught on the wrong day of the week. The Dutch handle over 60 percent of infractions in a non-punitive way with either a fine or transaction, and up to 90 percent of all offenses could be handled this way.

Payments are all processed at one centralized Bureau, the Central Fines Collection Agency or CJIB. Instead of imprisonment, those who cannot afford the payments can make arrangements.

A centralized system also allows for better training. Rather than a few weeks of learning, Dutch officers receive vocational, college, and university training at the Dutch Police Academy over several years, which includes specialized learning. The move to the national system was borne partly out of frustration with fragmentation and the delays in effectiveness, something the U.S. with over 18,000 law enforcement agencies is rife with.

Of course, the Dutch system is not without  problems and the national implementation process has not been entirely smooth as Terpstra and Fyfe discuss. And as the need for more officers has become apparent, a slick recruitment video narrated by a black policeman is indicative of an interest in a public perception of diversity. Studies demonstrate some negative attitudes towards police from immigrant communities exist, and in my own fieldwork, I did encounter mostly immigrants experiencing difficulties paying fines and fees; however, the Dutch police seem to have a less overtly negative perception from the public.

While the U.S. has been focused on micro-level reforms in individual officer conduct, the creation of a U.S. law enforcement initiative through a payroll tax would streamline funding. In the same way the Social Security Act and Medicare have brought effective systems for care and assistance, a nationalized service would allow for better police training and oversight. By decriminalizing minor infractions and offering alternatives to police interactions, including utilizing technology to overcome unnecessary, unsafe, and costly traffic stops, the U.S. could improve safety outcomes. Instead of a call to #defund law enforcement, let’s question where funding comes from in order to restructure it and create a better public safety infrastructure. 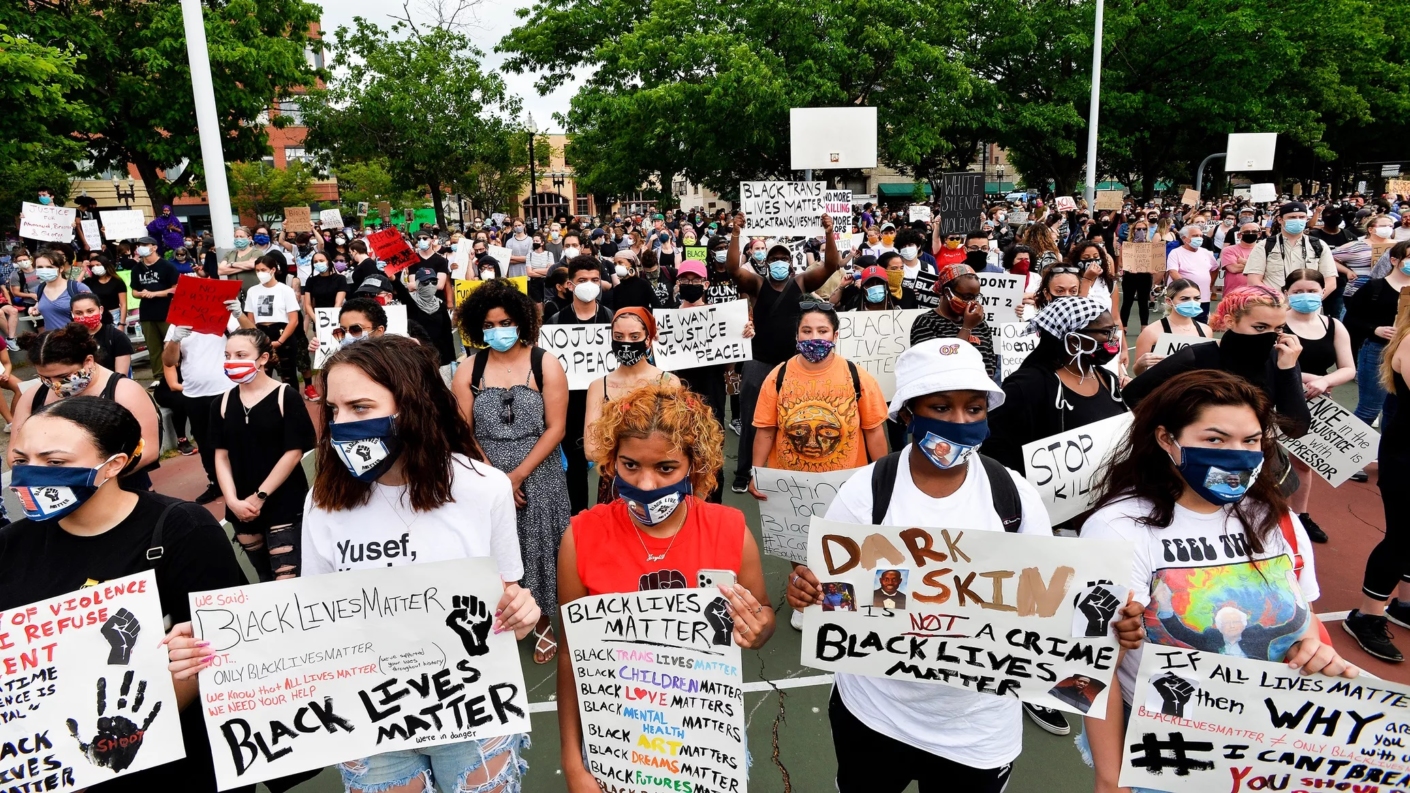