In nonsite’s tenth issue, we revisit the work of Bertolt Brecht and assess its relevance for today. 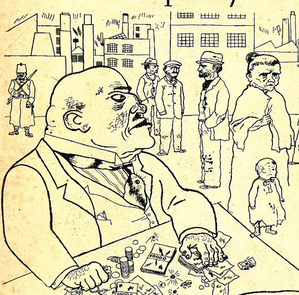 The Threepenny Novel is not just a book about capital. It is also a book about Kapital. Brecht’s commentators have amply documented The Threepenny Novel’s numerous borrowings from Marx’s opus, such as the passage describing the death of Mary Ann Walkley, which Brecht quotes virtually verbatim from Marx. But, beyond the content and imagery, correspondences between the two works can also be found at a deeper structural level. Indeed, far more intriguing for our inquiry are certain parallels in the construction that raise questions about the aesthetic strategies Brecht borrowed from Marx to represent capital.
BY Devin ForeSeptember 13, 2013

END_OF_DOCUMENT_TOKEN_TO_BE_REPLACED 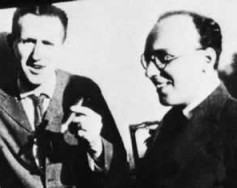 We are concerned with the problem of securing meaning against the ideological horizon of a fully market-saturated society. Meanings circulate or fail to circulate, compel or fail to compel. Success in the former, which is easily quantifiable, does not guarantee success in the latter, which is not.
BY Nicholas BrownSeptember 13, 2013

END_OF_DOCUMENT_TOKEN_TO_BE_REPLACED 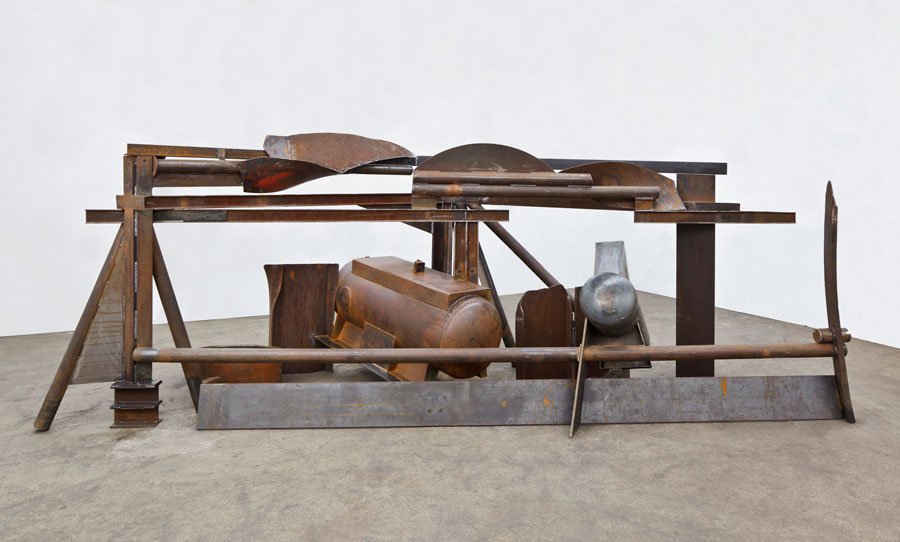 Even­tually the Park Avenue series will be recognized as one of the major triumphs of Caro’s long and distinguished career, and in particular as a knockdown demonstra­tion of the continued viability of high modernist abstraction in the face of the widespread assumption that no such thing is any longer even conceivable.
BY Michael FriedSeptember 13, 2013

END_OF_DOCUMENT_TOKEN_TO_BE_REPLACED 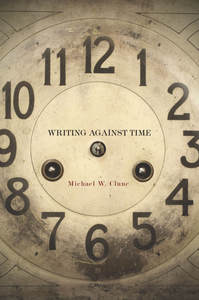 I don’t notice the sky on my way to work. I couldn’t say what colors my neighbors’ flowers are. In fact, I’m not even sure that they have flowers…But if, as Scarry argues, the flowers in books are in constant danger of dying for want of the solidity of real flowers, then what is killing the real flowers? And what is the medicine? The analysts of literary effects from Edmund Burke through Viktor Shklovsky, from Scarry to the latest cognitive critics, have been distracted by formal features, structures, and techniques. The sickness of literary flowers may be a problem for literary technique. The sickness of living flowers is a problem for philosophy. And this philosophy, as I will argue, has been the constant practice of a literature that doesn’t want to imitate life, but to transform it.
BY Michael W. Clune, Joshua Kotin, Jonathan Kramnick, Jesse Matz, G. Gabrielle Starr & Blakey VermeuleSeptember 13, 2013

END_OF_DOCUMENT_TOKEN_TO_BE_REPLACED 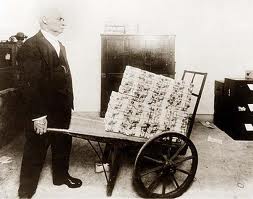 Poetry and the Price of Milk

If it’s true that many of our contemporaries and immediate predecessors – and particularly poets — haven’t been interested in Brecht, it isn’t quite right to say that it must be because Brecht’s work is “too didactic or too plain in its political motivations” (or, we could say, too committed). Rather, if Brecht has held little interest, with respect to aesthetics and politics alike, it’s because aesthetics and politics alike have been “strictly personal,” transformed into a matter of “talking about oneself” – of expressing one’s attitudes and “special feelings” — instead of what they were for Brecht: impersonal, a matter of accuracy and normative judgment.
BY Jennifer AshtonSeptember 13, 2013

END_OF_DOCUMENT_TOKEN_TO_BE_REPLACED

…the black lead of his carpenter’s pencil has been pressed into the paper with tremendous force, far exceeding the demands of the form or the requirements of the shading in that precinct of the image…
BY Michael FriedSeptember 13, 2013

END_OF_DOCUMENT_TOKEN_TO_BE_REPLACED 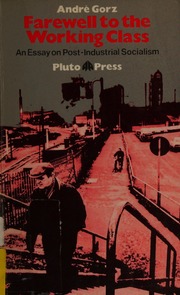 When Exclusion Replaces Exploitation: The Condition of the Surplus-Population under Neoliberalism

The central problem with which we are confronted today, in other words, may be less the conflict between labor and capital, and more, as Margaret Thatcher put it, the antagonism between a privileged “underclass” with its “dependency culture” and an “active” proletariat whose taxes pay for a system of “entitlements” and “handouts.”
BY Daniel ZamoraSeptember 13, 2013

END_OF_DOCUMENT_TOKEN_TO_BE_REPLACED 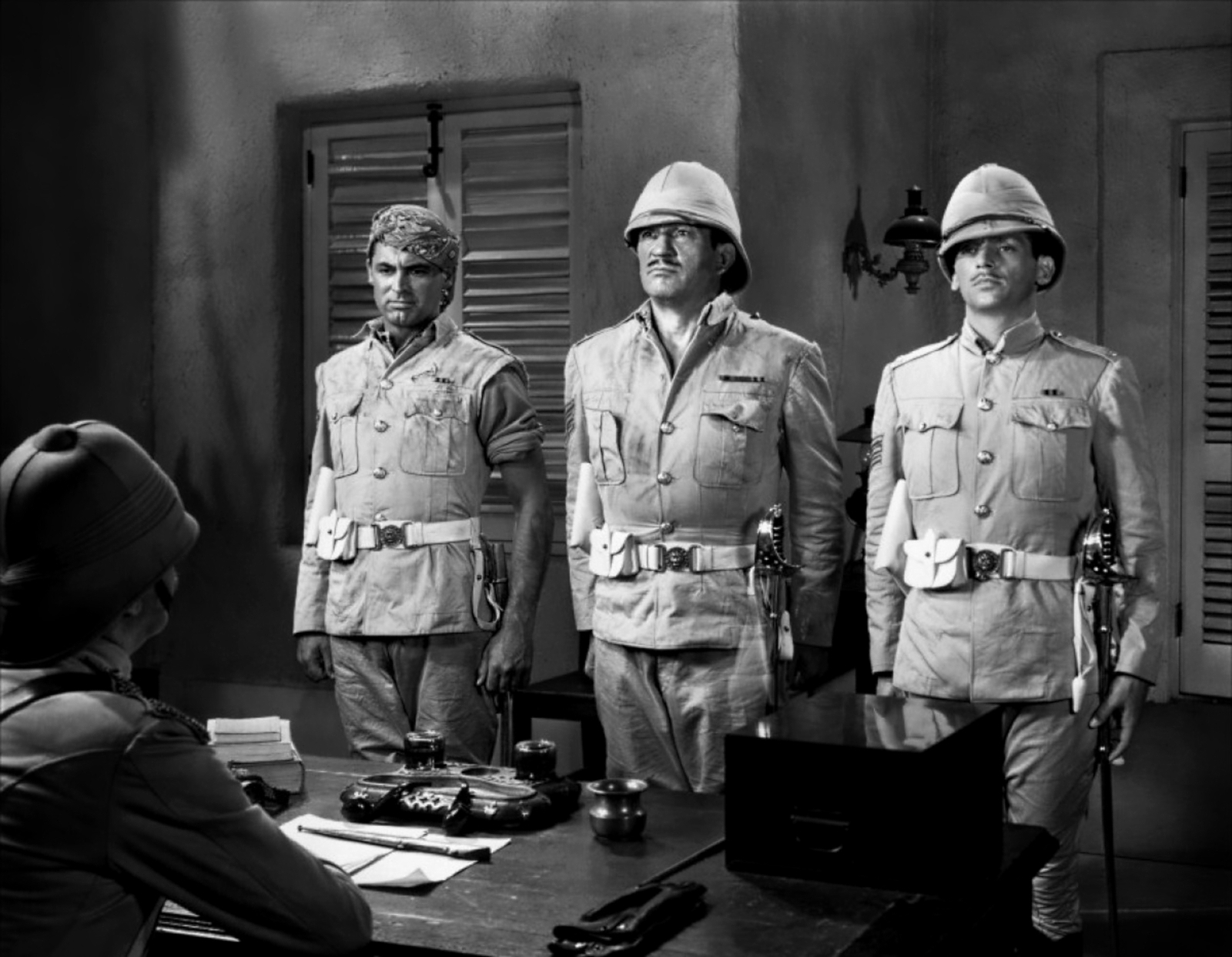 Art and Political Consequence: Brecht and the Problem of Affect

As critics have ceaselessly argued, the core problem with Brecht’s art and theory is his didacticism. Brecht undoubtedly saw art in moral and political terms. Moreover, he thought that morality was a consequence of his works. He described all works of art as “necessarily…bound to release emotional effects.” The only difference between his moralism and the moralism of “bourgeois” art was that he believed his effects could fail. Even though all works produce emotional effects, the job of the (non-bourgeois) artist was to defeat the free play of affect. Brecht’s art continually thematizes open-ended affect as the thing to be overcome, or to show how it had not been overcome by his characters, making that failure a problem to be resolved outside the theater.
BY Todd CronanSeptember 13, 2013

END_OF_DOCUMENT_TOKEN_TO_BE_REPLACED 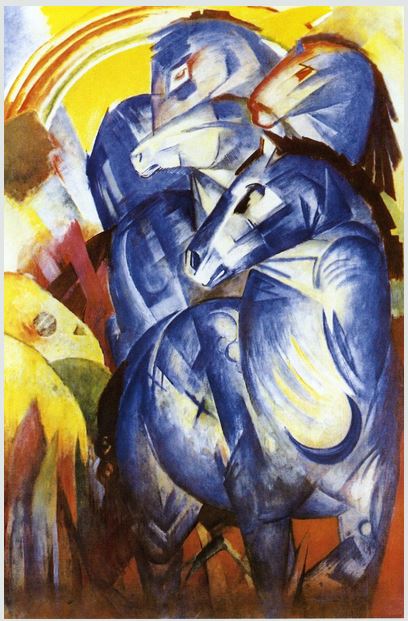 Nonsite brings you a special dossier of new translations of Brecht on painting and art including On Painting and the Painter, Critique of Empathy, The Blue Horses, The Worker Who is a Painter, On Chinese Painting, and the Prospectus of the Diderot Society.
BY Bertolt BrechtSeptember 13, 2013

END_OF_DOCUMENT_TOKEN_TO_BE_REPLACED

Issue #29: Industrial Democracy, Whiteness, and the Complexities of Black Politics