This issue is devoted to new approaches to lesser-known architecture and design at mid-century. Examining a range of practices at mid-century, all of them within a highly politicized landscape, these essays explore Otto Neurath’s studies in scientific management, Bruno Mathsson’s Solar Architecture, reconceptions of building art for the uninhabited wilderness, the incredible story of the intersection of the work of Alden B. Dow and Dow Chemical, and a study of the contrasting approaches to architectural photography in the work of Julius Shulman and Ezra Stoller. Finally, Adolph Reed cuts through the ideological jargon of Afropessimism. 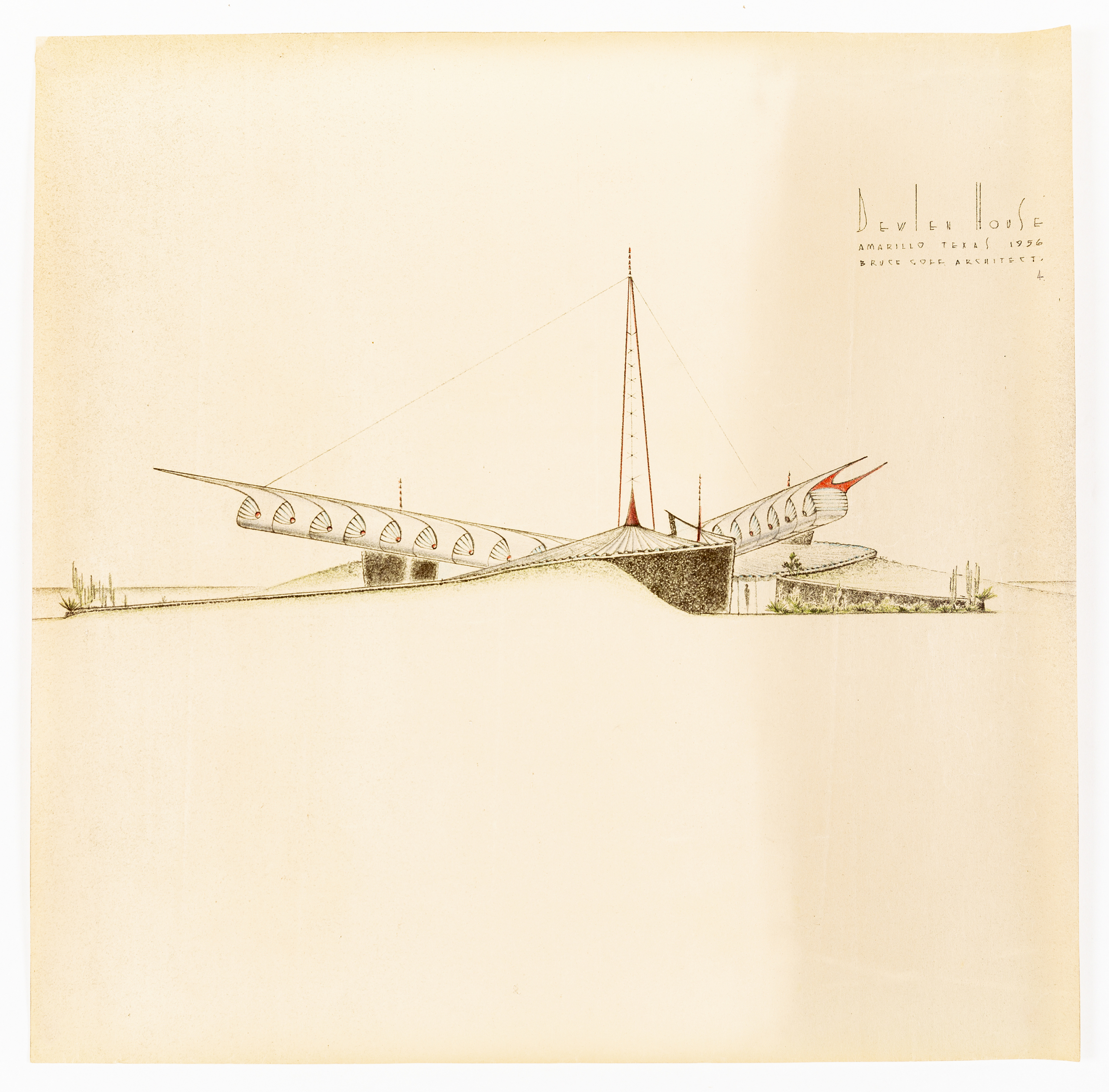 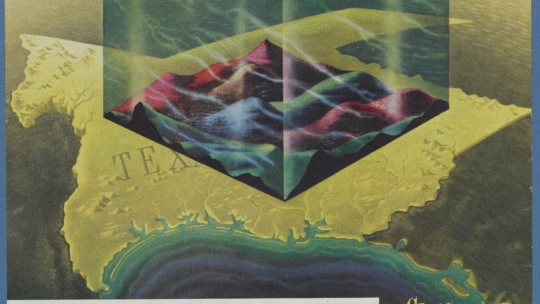 Development Film, 194X: Alden B. Dow, Lake Jackson, and the Infrastructure of the Petrochemical Good Life

By virtue of its organizational adjacency to his family’s company, Alden B. Dow’s amateur film—documenting a grand, labor-and-capital-intensive feat of wartime resource extraction—offers film and architectural historians a fascinating case study in infrastructural and extractive media. In this case, Dow Chemical’s Texas Division was both building and mediating infrastructure on several scales simultaneously: the production of vital Allied war materials, the provisioning of housing for defense workers, and more profoundly, the making natural and seemingly inevitable of the substrate of the postwar good-life in the products and byproducts of petrochemical modernity. In Freeport-Lake Jackson, modern architecture, moving-image production, and extractive processes of various kinds intersected in the production of value for both for Dow Chemical and Alden B. Dow himself. The result is an example of what I’ll call a “development film,” which bound filmmaking to the work of real-estate speculation.
BY Justus NielandSeptember 26, 2022

END_OF_DOCUMENT_TOKEN_TO_BE_REPLACED 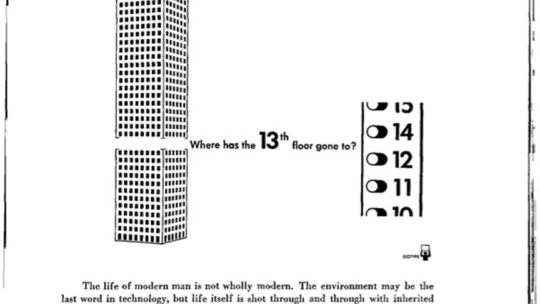 Otto Neurath’s Modern Man in the Making (1939) reflected the practical as well as ideological goals of managerial culture. Neurath rephrased these objectives in his concluding remarks: “men capable of judging themselves and their institutions scientifically, should also be capable of widening the sphere of peaceful co-operation…. The more co-operative man is the more ‘modern’ he is.” Because Neurath was only rarely explicit in his advocacy for Scientific Management, the aim of this essay is to flesh out the underlying managerial goals implicit in Neurath’s proposal.
BY Michael J. GolecSeptember 26, 2022

END_OF_DOCUMENT_TOKEN_TO_BE_REPLACED 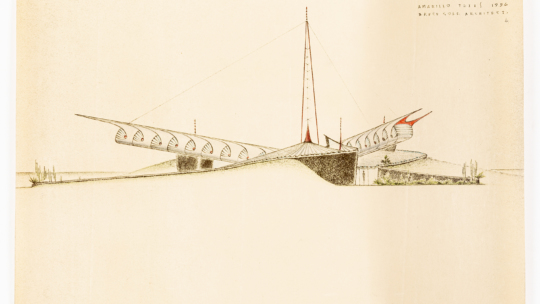 Wilderness and Shelter: A Portfolio in the Geography of Hope

An extraordinary number of aspirational architectural interventions in the wilderness or on its edges began to appear as America moved into the atomic era, as responses to the sublime, the intangible, the cosmic, or the simply inhospitable. They trace a changing, ‘wider’ state of mind towards the earth and the very concept of shelter, as we saw the earth anew from above and contemplated its destruction on a scale unheard of — two perceptual transformations that went hand in hand. The best known of those propositions, such as Saarinen’s St Louis Arch or Soleri’s Arcosanti, work at a metaphysical and material scale of some grandeur. The portfolio that follows – drawn from the collections of Drawing Matter — stands back from those monumental exercises to see what might be learned from more intimate explorations of the architectural path through wilderness and shelter, the proximate and the infinite.
BY Nicholas OlsbergSeptember 26, 2022

END_OF_DOCUMENT_TOKEN_TO_BE_REPLACED 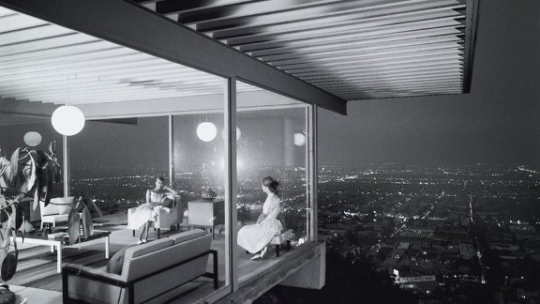 Mid-twentieth century architecture reached a broad audience primarily through photographs, and photographers became essential early interpreters of the modern movement. In the United States, two major architectural photographers, Julius Shulman and Ezra Stoller, were known as innovators in the field, but a complete understanding of Shulman and Stoller requires addressing how they handled a defining artistic question of their time—the question of art and objecthood.
BY Anna McKittrickSeptember 26, 2022

END_OF_DOCUMENT_TOKEN_TO_BE_REPLACED 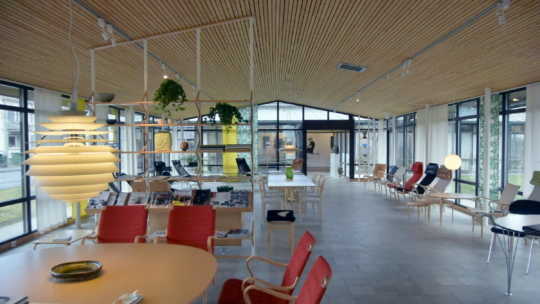 It is said, more or less correctly, that Mathsson brought the glashus (glass house) to Sweden after visiting Philip Johnson’s glass house in New Canaan in 1949. The following year he built his own furniture showroom, fully glazed on three sides, bringing a new world of transparency to the Nordic country. Within a few years he had mastered his own brand of glass architecture, a significant contribution to mid-century modernism. And he harbored a larger ambition. While Mathsson acknowledged Sweden’s cold temperatures and limited sun, he soon imagined a new utopia of glass: “I believe that the Swedish homes of the future will be a kind of greenhouse with tropical heat and a swimming pool, as pure opposition to our bad climate [dåliga klimat].”
BY Anthony DenzerSeptember 26, 2022

END_OF_DOCUMENT_TOKEN_TO_BE_REPLACED 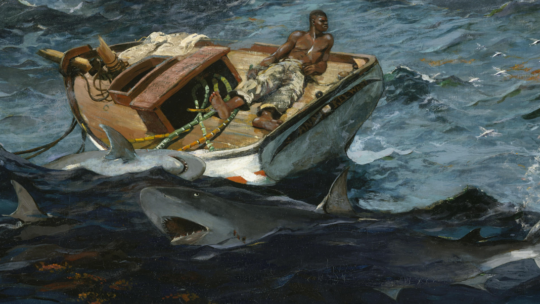 Afropessimism, or Black Studies as a Class Project

The close parallel between fin-de-siècle racist ideologues’ assertions of the primordial and immutable nature of white supremacy and contemporary race reductionists’ can provide perspective helpful for ascertaining what lies behind the impulse to insist, in the face of such overwhelming evidence to the contrary, that nothing has changed for black Americans and, yet more strikingly, Hartman’s dismissal of Emancipation as a “nonevent.”
BY Adolph Reed, Jr.September 26, 2022

END_OF_DOCUMENT_TOKEN_TO_BE_REPLACED

And suddenly, the words are gone again
BY Rodrigo ToscanoOctober 2, 2022