In this issue, nonsite features new work on 19th-century French art and visual culture, from telegraphy to lithography, Orientalists to Post-Impressionists, Manet to Degas. Edited by Bridget Alsdorf. 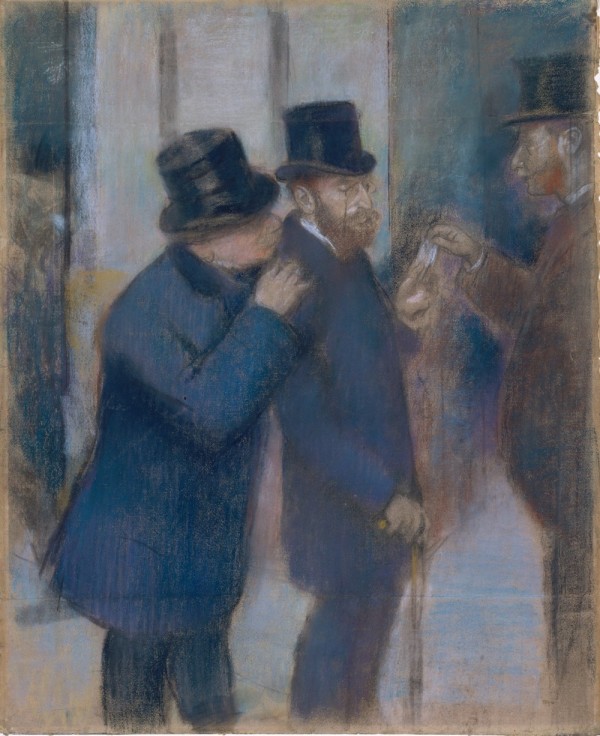 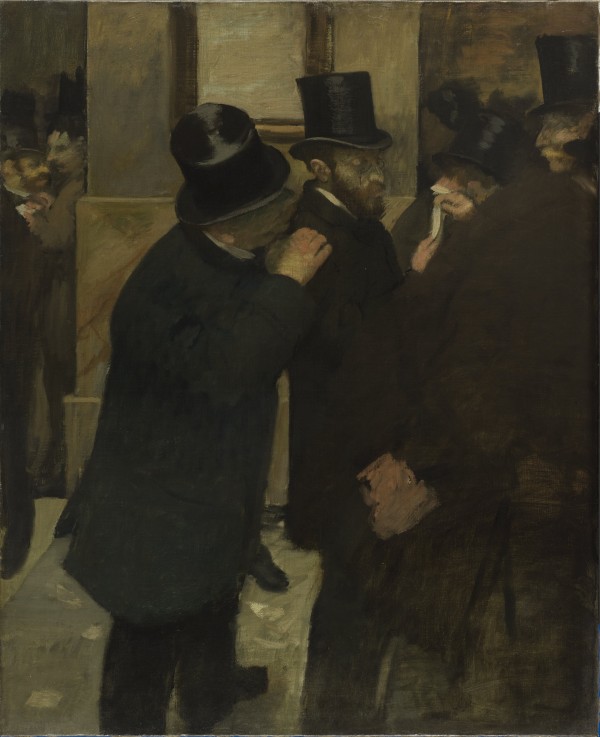 Capital in the Nineteenth Century: Edgar Degas’s Portraits at the Stock Exchange in 1879

What did Degas intend by choosing to depict these men, at this location, murkily performing a “clandestine commerce”? Or more precisely what kind of financial transaction are they performing, and with what significance for a beholder of the work at the time? Ultimately, the argument will turn on whether the painting’s representation of their business dealing can be understood without a more precise accounting of its location. It will also hinge on the historical retrieval of the nature and significance of finance capitalism at the moment of the painting’s production in 1879.
BY Marnin YoungDecember 15, 2014

END_OF_DOCUMENT_TOKEN_TO_BE_REPLACED 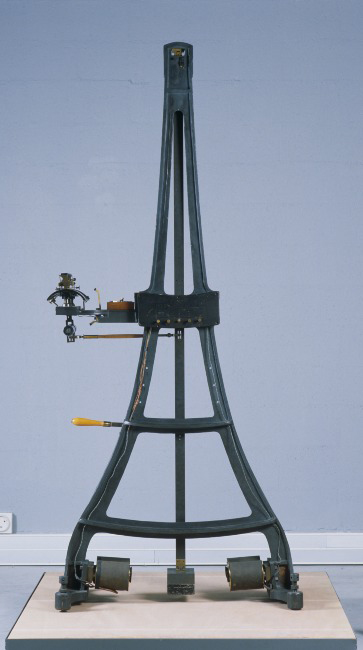 When I was a Telegrapher

It is to the afterlife of optical telegraphy that this article turns, less to trace a linear technical history characterized by patterns of evolution and decay, rupture and regress, than to suggest that visuality continued to inflect the subject of telegraphy in France after the 1850s, and to draw out some of the ways in which telegraphy provided a means of conceptualizing the historical meaning of diverse media. As the century progressed, the emergence of other media with an ability to conjure the past—most notably photography, in its various forms—did not lead to a decline in telegraphic metaphors: rather, it gave them new life.
BY Richard TawsDecember 15, 2014

END_OF_DOCUMENT_TOKEN_TO_BE_REPLACED 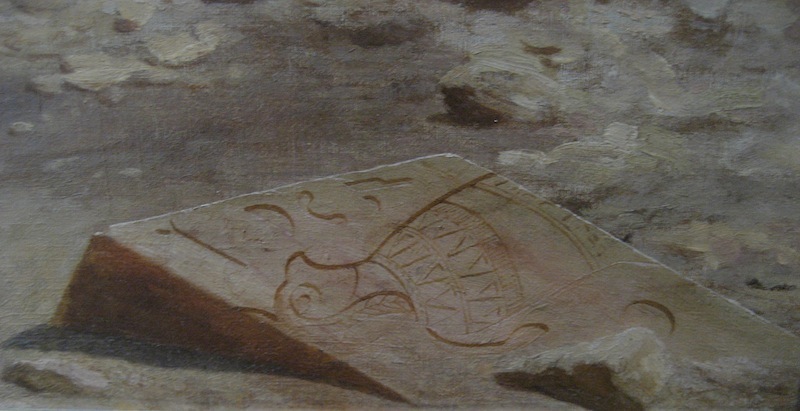 As they reconsidered the role of surface and depth in art, both Gérôme and Rodin took their cue from, and attempted to reinvigorate, earlier theories about the contiguity between the exterior and the interior in sculpture. In the process, both stumbled upon a new approach to facture. If there is an aura to be talked about in this new facture, it is not one of immediacy, but of an invisible interior. The resulting works imagine grounds that are highly charged as interfaces—between the present moment inhabited by the viewer, and the past buried below.
BY Gülru ÇakmakDecember 15, 2014

END_OF_DOCUMENT_TOKEN_TO_BE_REPLACED 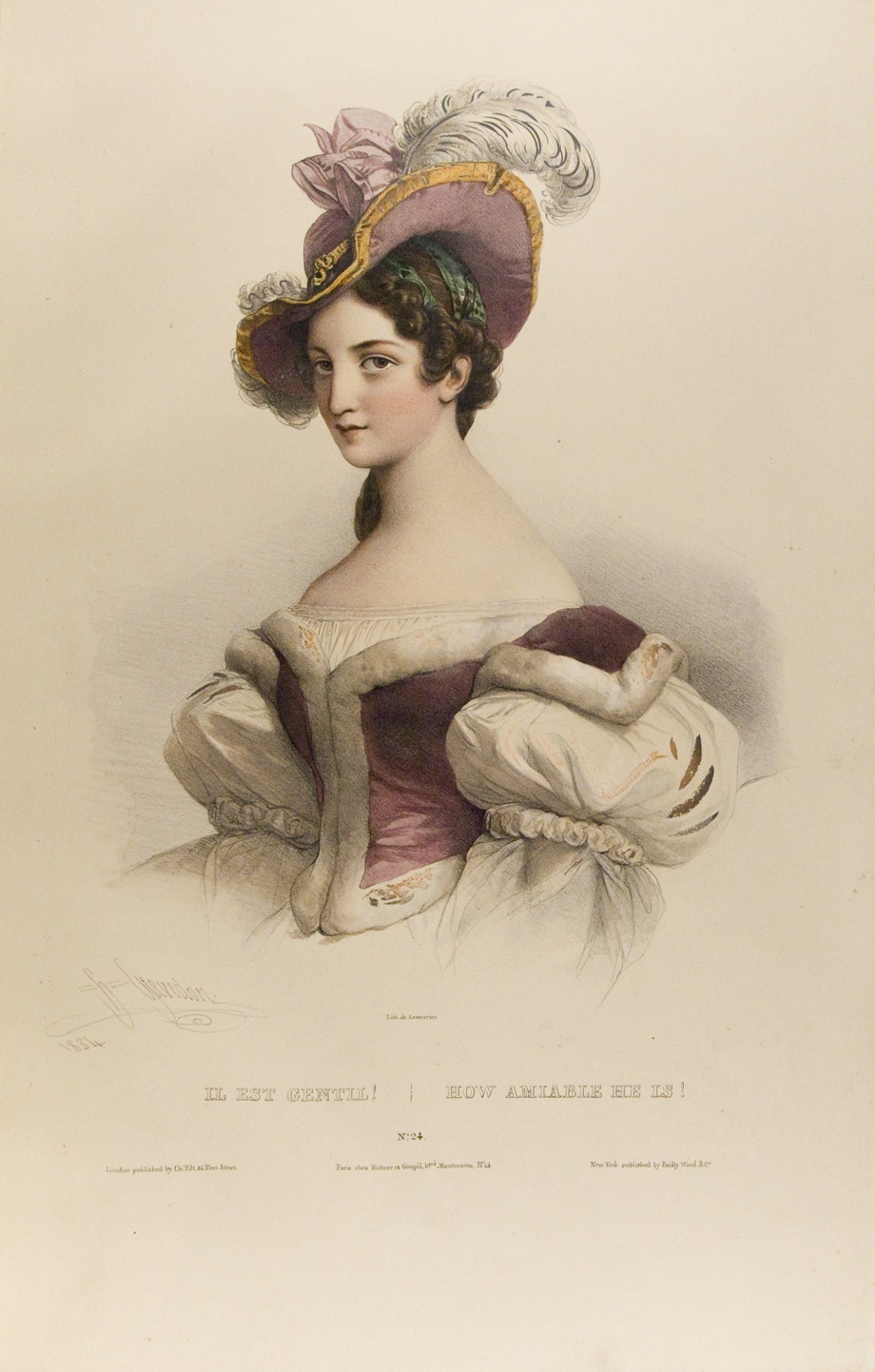 Here we have a dynamic, not only of a new image culture of fashion and its free-wheeling play with different genres and image forms, but also of the operations of a new phase of capitalist development gaining ground in the early nineteenth century – particularly with regard to the development, production, and distribution of semi-luxury consumer commodities.
BY Susan L. SiegfriedDecember 15, 2014

END_OF_DOCUMENT_TOKEN_TO_BE_REPLACED 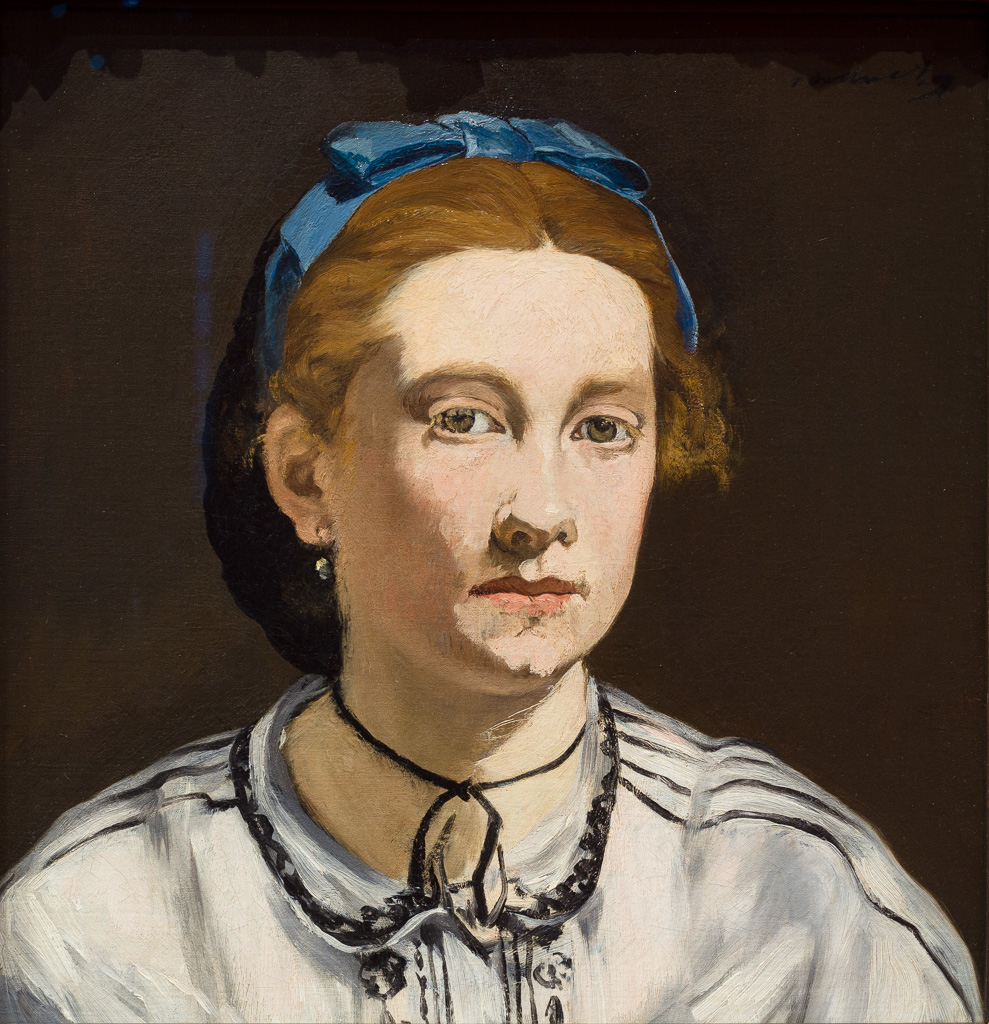 Visible Specters, Images from the Atmosphere

We need to look more specifically at the kinds of formal effects typical of photography at mid-century in order to see Manet’s profound engagement with this new image paradigm. We also need to think about the photograph as an image whose source was not human, but optical and mechanical, and thus mysterious. Like Balzac, Manet was primarily concerned with the human, social world, but in Manet’s case, the ommatophore of the camera—the automatism of an eye on a stalk—has a greater presence than we have previously acknowledged.
BY Nancy LockeDecember 15, 2014

END_OF_DOCUMENT_TOKEN_TO_BE_REPLACED 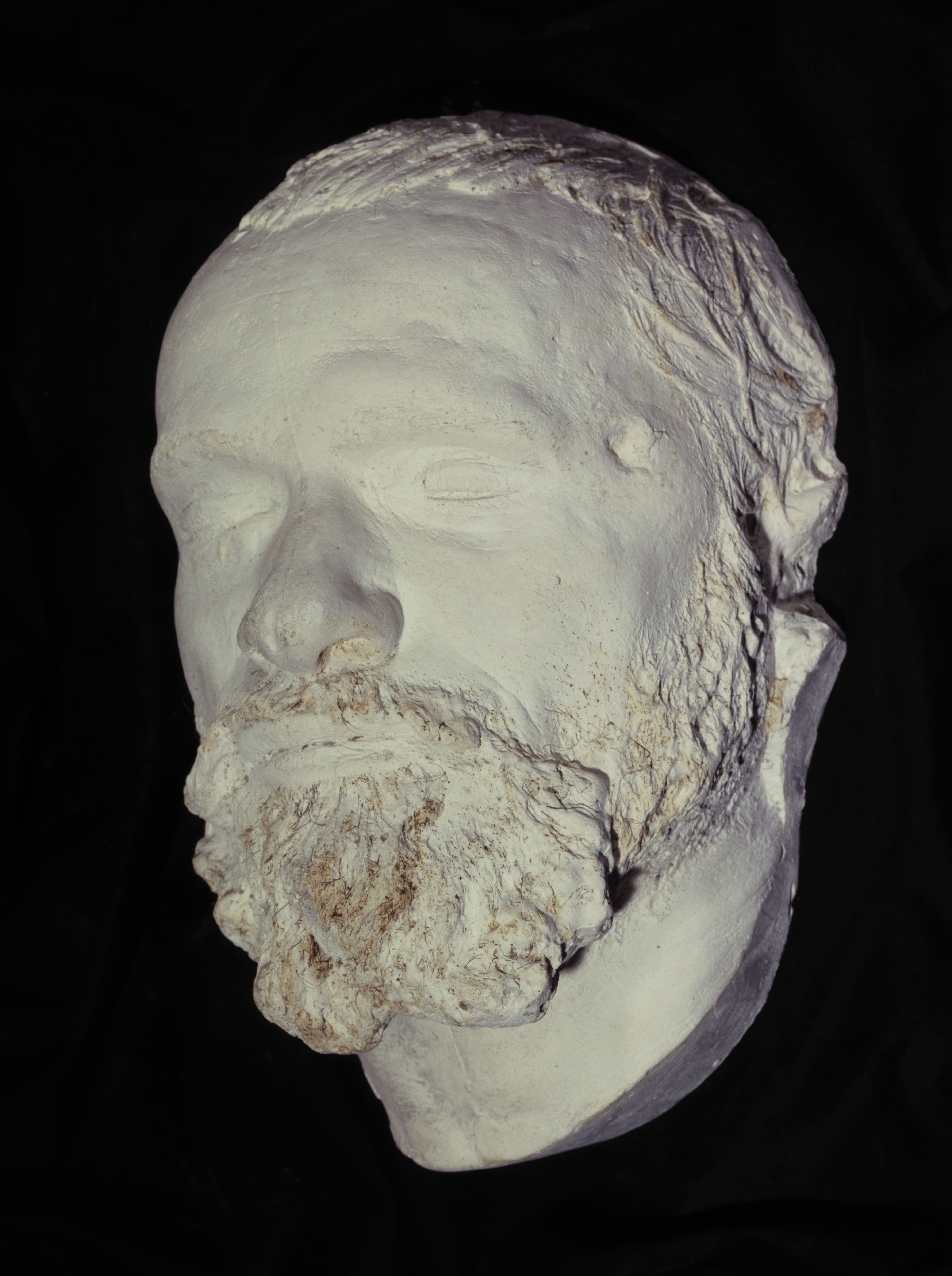 Orientalist painters left the world under varied circumstances – violent, painful, peaceful, or in ways simply unknown, in other words just like anyone else. And yet the basic argument of this essay is that how Orientalists died is not only an empirical but discursive question. From this latter perspective, their manner of passing would be mediated across a rich poetics of mortality whose shape and texture these remarks explore.
BY Marc GotliebDecember 15, 2014

END_OF_DOCUMENT_TOKEN_TO_BE_REPLACED 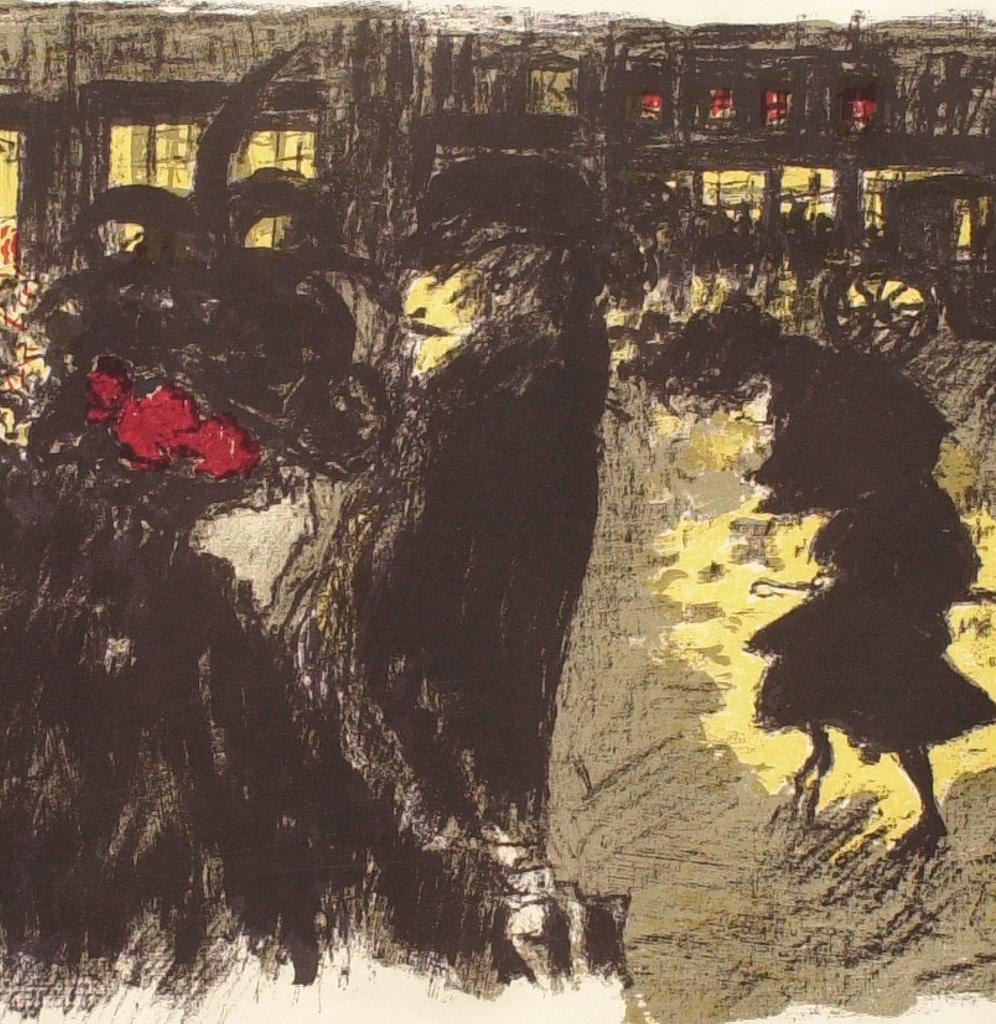 Bonnard produced over one hundred paintings and prints in the 1890s that capture the bustling pace and brisk energy of Paris. He later referred to this subject as “the theater of the everyday,” and it is his particular vision of this sidewalk theater, and the viewer’s involvement in it, that I will investigate here, with particular attention to how his engagement with new media mattered to developing this vision. Playing off the chromatic constraints of lithography and echoing concurrent developments in early cinema, Bonnard shuttles the viewer between foreground and background, intimate proximity and distance. In so doing he explores the duality of the street as a disorienting amalgam of schematic backdrops and looming intrusions into our personal space, both seemingly captured at the limits of our visual field.
BY Bridget AlsdorfDecember 15, 2014

END_OF_DOCUMENT_TOKEN_TO_BE_REPLACED

Issue #17: The Moynihan Report and the Crescent City