Du Bois and the “Wages of Whiteness”: What He Meant, What He Didn’t, and, Besides, It Shouldn’t Matter for Our Politics Anyway 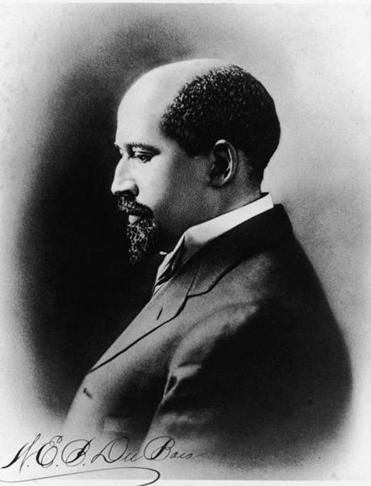 Since the emergence of what has been known as “whiteness studies” in the early 1990s,  proponents of the view that the white working class in the United States rejects a class-based politics in favor of commitment to white supremacy have cited W.E.B. Du Bois’s reference in Black Reconstruction In America to a “psychological wage” that whiteness offers as supporting that view and, by extension, the necessity that combating racism and white supremacy takes priority over struggle against capitalist inequality.

Donald Trump’s election and the mythologies around it have drawn attention to debate about the white working class’s political commitments, and Du Bois’s comment is in circulation again, most recently in a June 20 commentary by Jared Ware on the Redneck Revolt website. This is a good occasion to set the record straight about what his point actually was.

Du Bois and the “Wages of Whiteness”

In his frequently cited comment on the “psychological wage” that white workers purportedly received from white supremacy, W. E. B. Du Bois was not propounding a general theory that white workers’ potential for interracial class solidarity was preempted by the emotional or status benefits of being white. He was discussing an historically specific phenomenon in a particular moment and place — how a social order built on racial subordination in the late 19th century South militated against interracial class solidarities. Attending to the context provided in the longer passage in which the psychological wage phrase appears makes its historical specificity clear. Du Bois wrote:

Most persons do not realize how far [the view that common oppression would create interracial solidarity] failed to work in the South, and it failed to work because the theory of race was supplemented by a carefully planned and slowly evolved method, which drove such a wedge between the white and black workers  that there probably are not today in the world two groups of workers with practically identical interests who hate and fear each other so deeply and persistently and who are kept so far apart that neither sees anything of common interest.

It must be remembered that the white group of laborers, while they received a low wage, were compensated in part by a sort of public and psychological wage. They were given public deference and titles of courtesy because they were white. They were admitted freely with all classes of white people to public functions, public parks, and the best schools. The police were drawn from their ranks, and the courts, dependent on their votes, treated them with such leniency as to encourage lawlessness. Their vote selected public officials, and while this had small effect upon the economic situation, it had great effect upon their personal treatment and the deference shown them. White schoolhouses were the best in the community, and conspicuously placed, and they cost anywhere from twice to ten times as much per capita as the colored schools. The newspapers specialized on news that flattered the poor whites and almost utterly ignored the Negro except in crime and ridicule. (Black Reconstruction [1935], 700-701)

Du Bois’s formulation may have its own limitations, but, in any case, citing him as though his cultural authority as a radical black icon settles the issue is anti-intellectual and politically backward no matter what. Nevertheless, he clearly was not making a claim of the transhistorical, transcontextual sweep that those who adduce him assert at least by implication. In fact, insofar as appropriations of Du Bois aim to validate effectively ontological arguments about the primacy and impermeability of whites’ commitment to white supremacy, Du Bois’s formulation is fundamentally at odds with the interpretation to which they want to append him. He stressed the material program associated with imposition of ruling class power in the late nineteenth century South – the “carefully planned and slowly evolved method”— intended to undercut working-class solidarities across the race line then also being imposed and intensified. His argument in that passage was neither that white workers found the psychological benefits of “whiteness” more attractive than interracial class solidarity nor that their commitment to white supremacy “took on a life of its own,” as a common argumentative dodge would put it. He was making a straightforward historical point, not a moral or philosophical one.

I recognize that this is a small point and not definitive in any way, but reference to the “psychological wage” does not appear in the book’s Index; even the entry for “Labor rivalry, black and white” does not include a reference to the pages on which the discussion of “public and psychological wage” occurs. This at least suggests the possibility that the notion wasn’t such a big deal to Du Bois. In that sense the contemporary invocations bring to mind the similar appropriation of the “double consciousness” formulation from Souls of Black Folk, which disappeared from the corpus of Du Bois’s writing for the next 60 years of his life. (For discussion of the “double consciousness” debate, see Adolph Reed, Jr., W. E. B. Du Bois and American Political Thought: Fabianism and the Color Line, chapter 7.)

Of course, one does not have to be bound by a notion of what may or may not have been centrally important to Du Bois — unless one cites him as a show-stopping cultural authority on a particular question or issue, which is precisely what those do who append him to arguments about wages of whiteness or double consciousness. Those who cite Du Bois in that way want it both ways; they want the rhetorical power of identification with the black icon’s cultural authority but they don’t want to be bound by what the icon actually said or meant. In keeping with the trope of adducing black icons for their cultural authority, they want the ocean without the awful roar of its many waters.

Musicophobia, or Sound Art and the Demands of Art Theory