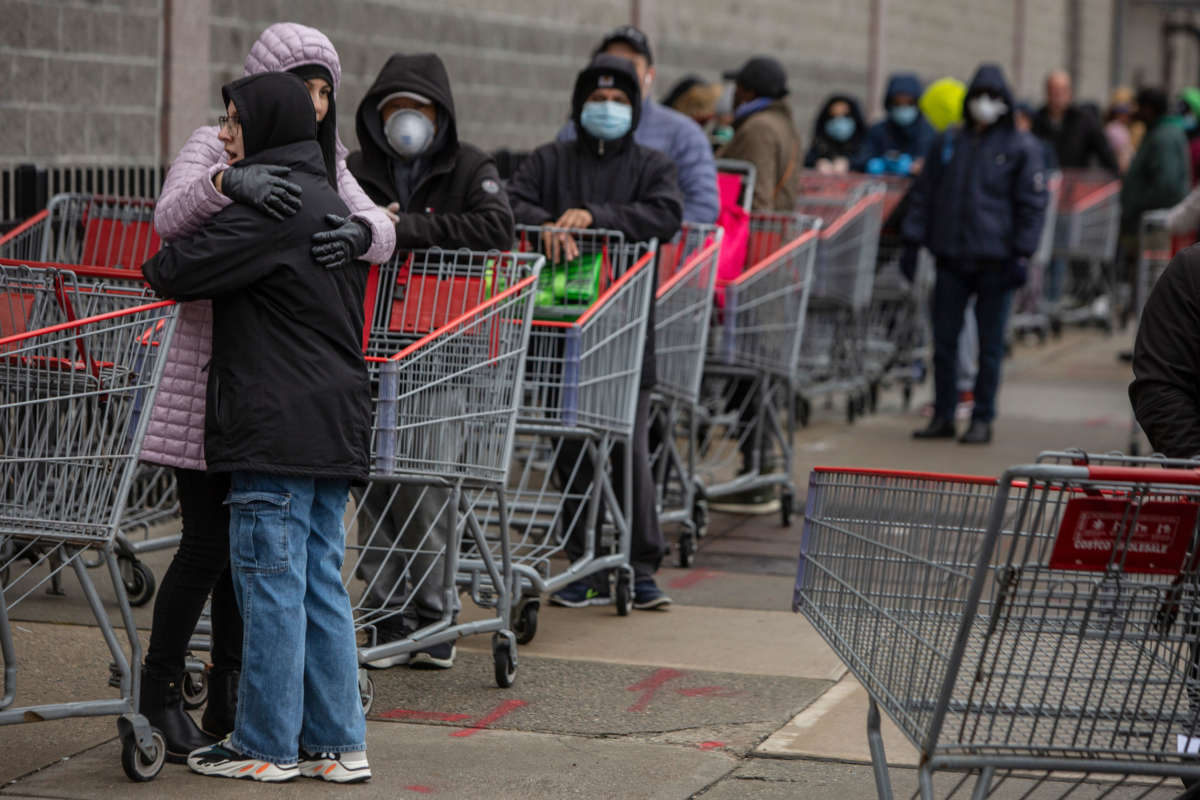 In a recent blog post, Judith Butler inveighs against Trump’s America First jingoism and his “unethical or criminal self-aggrandizement” during the COVID-19 crisis. The renowned philosopher throws harsh light on the Ugly Americanism of a president who offered to buy “exclusive US rights” to a possible vaccine from a German company, CureVac, while also, to be fair, casting a withering glance at the cruelties of Europe’s border, closed to refugees.

That Trump is a gauche chauvinist scarcely comes as news. He launched his 2016 campaign with depictions of Mexican immigrants as criminals and rapists, and he laced campaign appearances with sexist taunts. Of course, recent reports of presidential inaction might seem even less flattering than the CureVac brouhaha, at least from the perspective of those who suppose that a president’s first duty is to US citizens and residents: While denying the existence of a crisis, Trump failed to lock down crucial supplies of ventilators, respirators, and protective medical equipment. Through mid-March, US manufacturers were exporting large quantities of these supplies to Germany, Belgium, and Japan. And as the crisis loomed, Trump used neither his bully pulpit nor his executive powers to stimulate emergency production of crucial medical equipment.

So much for America First.

Butler now uses terms that she has largely avoided throughout a long and distinguished career: “market-driven,” “capitalism,” “inequality.” This is good to see. “Capitalism Has its Limits,” her title declares. And yet, the author’s fretting and fidgeting suggests a profound discomfort with these basic terms—and a desire to redefine, domesticate, and pacify them.

The fidgeting is evident on many fronts. It takes a certain amount of intellectual heavy-lifting, for example, to reduce capitalism to one of many -isms that might equally reduce one’s life chances or access to healthcare. (Although not, apparently, as much as you might think, since everyone on the neoliberal left does it all the time.) Butler is thus careful to invoke “nationalism, white supremacy, violence against women, queer, and trans people, and capitalist exploitation” as coequal factors in “radical inequality.” This ritual invocation—plus the pivot from exploitation to discrimination (“The virus alone does not discriminate, but we humans surely do, formed and animated as we are by the interlocking  powers of nationalism, racism, xenophobia, and capitalism”)—serves to ward off charges of vulgar Marxism, no doubt, and to keep the narrative securely within the bounds of academic and foundation liberalism. (Establishment liberalism denounces inequalities so long as they can be traced to prejudice and discrimination; about exploitation and class inequalities it has much less to say.)

But in fact, what the ongoing crisis most clearly demonstrates is that class and income weigh more heavily in access to healthcare than do other factors. Indeed, class and income might seem narrowly determinate: either you have adequate health care insurance, or you don’t. Either you have money to pay for medical goods and services, or you don’t. Excepting the experience of that diminishing share of the working class whose interests are represented by strong labor unions (and who thus have secured good healthcare insurance), these are the unvarnished facts.

Butler’s pivot from exploitation to discrimination proved proleptic. Over the week that followed her blog’s publication, journalists at various newspapers and websites have begun parsing racial disparities in COVID-19 infections and morbidity rates, drawing on limited data from a number of cities. We might well be cautious about drawing too many lessons from rapidly-evolving numbers. But it is undeniably true that the weight of economic inequality falls disproportionately on some sectors and subpopulations. It is also true that poverty correlates, generally but not absolutely, with impaired health and shortened life expectancies. And lastly it is true that pandemics throw these inequalities into high relief (although they reveal little about them that wasn’t already known before).

The magic of essentialist thinking today is to turn select forms of disproportionality—which is to say, measures of statistical probabilities—into self-correspondence: identity. Karen Fields and Barbara Fields call this form of self-deception “racecraft” (a play on “witchcraft”); others call it “identitarianism.” This move forecloses questions about who else might share disproportionate risks and why. In fact, many of the disparities that are presented as racial are better correlated to class inequalities. Rates for hypertension, heart failure, stroke, type 2 diabetes, and end-stage kidney disease are all inversely correlated with income, while people living in low-income areas are also less likely to receive treatment for these and other ailments. Whites and blacks with a high school education or less (a statistical proxy for lower-working-class) today have the same life expectancies, and they are considerably less than life expectancies for better-educated (more middle-class) sectors. An adequate accounting for this business, then, would draw out the similarities in life chances and life expectancies between, say, whites in the eastern midlands, African Americans in inner cities, and other low-income populations devastated by decapitalization and deindustrialization. Our liberals abhor this idea and the chain of associations it sets in motion, as it leads the conversation back to class and political economy.

By contrast, the wonderful thing about a socialist perspective is that it doesn’t ask you to show your ID papers, to demonstrate your worthiness, to haul out the testimony of ancestors—or even for that matter to account for proximate causes (like whether you smoke or eat pork or drink alcohol and soft drinks). Socialism doesn’t care how you got those comorbidity factors (diabetes, a heart condition, hypertension, etc.) that play an outsized role in the current health crisis. You’re going to get the healthcare you need because everyone is going to get it. (You’re also going to get help with diet and exercise plus guarantees that healthcare practitioners won’t discriminate against you.)

This is the outcome that Butler desires—coverage for everyone. She even embraces a “socialist imaginary” by the end of the piece, and this comes as a distinct surprise, although she frames it not in terms of the majoritarian interests of the broad working class (which includes all of its race, ethnic, gender, etc. sectors) but in terms of the special precarities of “the homeless, the uninsured, and the poor.” Even so, she seems to postpone socialism to the exigencies of a pandemic during which “none of us can wait.” It is to be an “ideal” which now “must now be kept alive in the social movements that are riveted … [on] the long term struggle that lies ahead of us.”

If I were the powers-that-be, I would be very nervous about Bernie Sanders’ campaign (now suspended), which has repeatedly served express notice on the “billionaire class.” And I’d be very relieved by the ingenuity shown by left intellectuals like Butler in producing a variant of socialism that turns it back into the reassuring tropes of political idealism, charitable philanthropy, means-tested programs, and liberal interest-group politics.

Butler’s intellectual pedigree is on clear display when she tries to come up with a substitute for Sanders’ slogan, “healthcare is a human right.” She proposes instead the language of moral and “social obligation”: aspirants to universal health care “would have to convince the American people that we want to live in a world in which none of us denies health care to any of the rest of us.” The problem with this hortatory reframing—which mirrors the language of French functionalists Emile Durkheim and Marcel Mauss a century ago when they attempted to recast something like socialism in distinctly nonsocialist terms—is that the moral logic of obligation relegates key questions to the background and leaves social inequality conceptually in place. (Mauss famously imagined a modern social contract in which different classes and sectors would essentially give gifts to each other.) To put matters starkly, what Butler really proposes is a sort of noblesse oblige: No one (with resources) should deny anyone (without resources) access to healthcare.

This is a depoliticized version of the struggle for healthcare. It steers the train of thoughts away from demands for political power and decommodification and invites us all to take the perspective of the “haves” in deciding to be generous to the “have-nots.” And the have-nots can only appear within this intellectual horizon as the most marginal or excluded members of society, not as the expansive working class. At a time when enlightened self-interest and a broad sense of class solidarity has informed the rise of a socialist left in America, Butler strives to keep the conversation in the high-minded realm of liberal pieties and denunciations of selfishness and bigotry.

But perhaps there is a real-world political struggle that Butler keeps in view, after all. Although she tells readers that she voted for Bernie Sanders in the 2020 California nominating primary, she also suggests to readers—six times in a brief piece—that Elizabeth Warren stood for essentially the same social-democratic healthcare policy as Sanders. Now it takes a lot of embellishment to compare Warren—who still declares herself to be “capitalist to the bone” and who was actually a registered Republican until, at 47, she realized that Bill Clinton’s neoliberalism had made the Democratic Party hospitable for her—with Sanders. It also takes at least a trace of tergiversation to make Warren’s walked-back plan sound like comprehensive healthcare for all. Butler’s assertions notwithstanding, Warren’s retraction invites logical queries: Why did she walk back her commitment to Medicare for All? We may never know, but from the outside, it seems like conciliation to the center’s demand for something more ‘practical’ than universal coverage—something less systematic or comprehensive in its approach, something that does not have to answer for M4A’s ambition. But is this kind of compromise designed to appeal to the American public or to the neoliberal cadre controlling the Democratic Party? Again, we may never know the answer for sure, but Warren’s poll numbers began to tank when she walked back her sketch of a plan to fund Medicare for All, and they never recovered. (Today, as the tide of medical disaster rises, polls suggest that support for M4A is at an all-time high.)

Butler seems to be trying to burnish Warren’s credentials as a leftist, which were so recklessly squandered in events leading up to the candidate’s exit from the presidential primaries. Perhaps in this gesture we catch a glimpse of the sort of mutual aid and solidarity that Butler’s argument really involves, although everything in the piece steadfastly refuses the term “class solidarity.” It is a sense of mutual obligation among upper-upper-middle-class members of the chattering classes, with Berkeley scratching Harvard’s back. It is a politics of the professoriate, as against the proletariat.

The unfolding cataclysm of COVID-19 reveals the woeful inadequacies and brute illogic of our for-profit healthcare system, surely. It also throws into high relief the distribution of economic inequalities. More than that, it invites us to imagine not merely “limits” to capitalism, as Butler’s essay frames matters, but to think about the exploitative and destructive nature of the system itself. Both Butler and Warren seem steadfastly devoted to a politics that refuses this invitation. 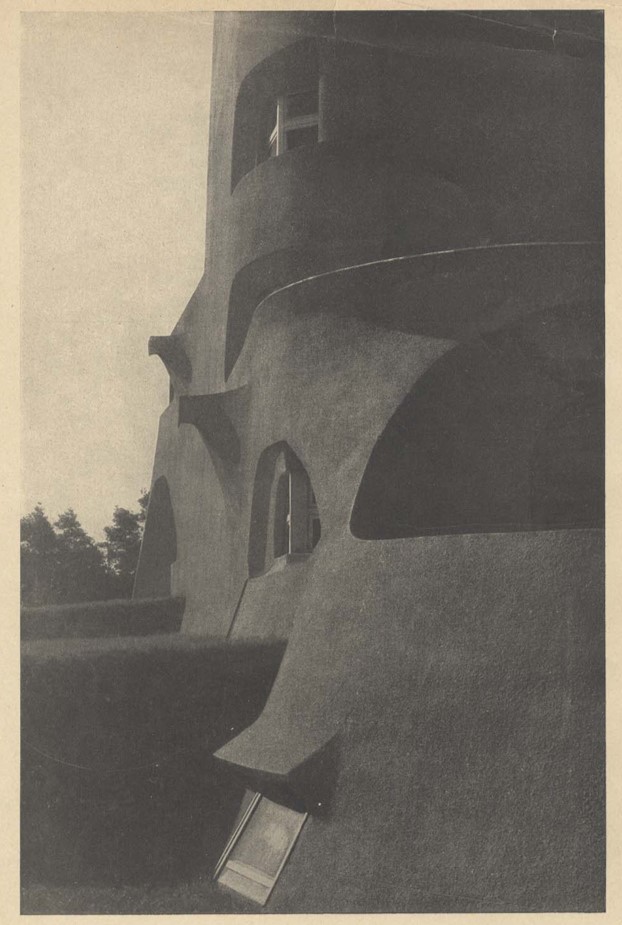