Interview with Walter Benn Michaels on Photography and Politics 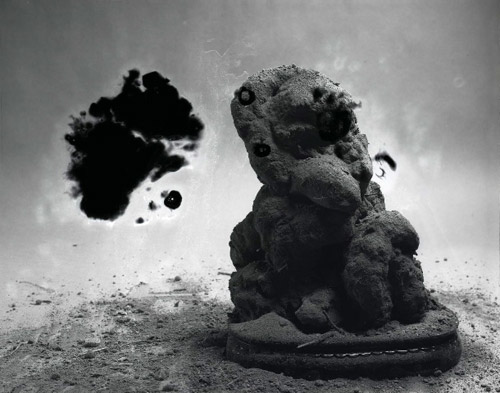 How did you come to understand photographic form as possessing a strategy for working through the problems of what you call neoliberal aesthetics and politics? I’m very curious as to how you developed this given your background as a literary theorist and critic.

I’ve always been interested in photography, or at least I have been since I first saw some of Jim Welling’s work at Metro Pictures and then got the University of California Press to commission the cover for my first book, The Gold Standard and the Logic of Naturalism, from him. I could see right away that some of the theoretical questions that interested me in that book – the question of what made some event count as an action and some thing count as a representation – were questions his pictures were engaging. In literary theory, one way to raise these questions was by asking what made sounds in the air or marks on a page count as words – what, in other words, was the relation between the materiality of the signifier and its meaning, what made it a signifier? In photography, it was what made the photograph – importantly understandable as the outcome of an essentially mechanical set of procedures, weak in intentionality, as writers like John Berger put it – count as a work of art.

In a certain sense and especially for photography, this problem has always been around. In the period I was writing about in The Gold Standard, for example (the late 19th and early 20th century), it was raised as the question of whether photography could count as an art if all the photographer did, as the famous ad suggested, was press a button. And the characteristic response was simply to assert the photographer’s agency – the importance of her eye, her sense of composition, her technical skill, etc. The idea was that photography was a medium like any other, like writing even.

But in the period not about which but during which I began to write, this question of the photographer’s agency was being raised in a different tone of voice. Now writers like Berger and Rosalind Krauss were valorizing precisely what earlier critics had attacked. Indeed, photography was increasingly understood in terms of the broader critique of intentionality (associated above all with deconstruction) and with what Krauss thought of as the critique of Art. It was precisely the way in which the photographer’s control was necessarily compromised – by the mechanical nature of the process and above all by the photograph’s causal connection to the thing it was a photograph of (its indexicality) – that seemed (for many photographers and writers) to make the photograph exemplary. But not for me, or for the photographers in whom I became interested.

For them, neither the idea that the photograph was Art nor the idea that it wasn’t was interesting. What was interesting instead was the opportunity or necessity to establish or assert the photograph as a work of art. Paintings, after all, were obviously and irreducibly works of art, their meanings more or less inevitably a function of the intentions of their makers. You could say, and people do say all the time, the painting means different things to different people at different moments. But the theoretical argument in favor of that position is a catastrophically weak one, whereas with respect to objects in the world, precisely because no one means anything by them, the idea that their meaning is a function of how different people see them is much more seductive. And from this standpoint, it’s the photograph’s indexicality – the thing that ties it to and makes it an object in the world, the thing that induces someone like Sugimoto to call fossils the first photographs – that must be acknowledged (paintings have no necessary indexical relation to the things they’re paintings of) and that can be overcome. So one easy way to put it would be to say that for many people, photography perfectly embodied the theory and practice of the postmodern, whereas for some people, it created the possibility or felt necessity for a critique of postmodernism. Or, to put the point in terms of intentionality: for many people, the photograph embodies the critique of the intentional that we find in theorists as different as Barthes and Derrida, Crimp and Rancière; for others it embodies something like the opposite – the opportunity to re-imagine intentionality.

If the indexical or causal function of photography is crucial – where a thing in the world becomes depicted in a photograph – are there then forms of photography outside the art context (i.e., fashion, portraiture, editorial, architectural, photojournalism, etc.) that can also serve as a model for working through these problems? Is it photography in general that’s exemplary for what you call neoliberal aesthetics? Or, is intentionality within photography as art primarily the domain in which this model is most effective?

I think it’s only in its claim to be art that photography is crucially important. Of course, there are lots of wonderful photographs, made to convey information, or to sell things, and many of them are very beautiful. But it’s the attempt to make art with photography that seems to me theoretically central and politically important. The theoretical interest is the one I’ve described; precisely because the photograph need not be art and because it need not be (and in crucial ways isn’t) even a representation, it has become the site of the most powerful thinking about what representation is, about what it means to make art and about what art is. And at the center of this is the assertion of the intentionality of the photographer.

Things that are made to sell are made for – determined by – the buyer; they’re made for the market. And because social justice in the market consists of equality of access to it, anti-discrimination is central to neoliberal justice. Your race or sex or sexuality should not limit your access to the labor market. Hence neoliberal societies are increasingly alert to the ways in which we see each other and seek to prohibit what Rancière calls “hierarchies of vision” – racism, sexism, heterosexism. But they’re not much worried about the hierarchies that have nothing to do with vision – the hierarchies produced not by inequality of access to markets but by the markets themselves. That’s why our efforts to make society more equal with respect to race and sex have happily coexisted with greater inequalities of class.

The importance of indexicality and causality between the thing that is photographed and the photograph itself seems to be crucial in how you conceive of form. Your conception of form is not the one typically associated with physical characteristics – frame, surface, color, size, etc. – but with the intentionality of the artist. Could you elaborate on this concept?

Yes, you’re right but it’s not that form isn’t physical, it’s that it isn’t just physical. Everything in the world has a shape, everything has color, but the work only has form when shape and color begin to mean something. Everything either looks pretty good or not so good, but it’s only when the way it looks begins to signify that you have form. So in a way, it begins to make sense to think of form as invisible, by which I mean not that you can’t see it but that it’s not reducible to what you can see. Which is, I think, why a lot of really interesting younger photographers (Viktoria Binschtok and Arthur Ou, for example) are interested in different ways in what can’t be seen or in the photograph as an obstacle to the visible. And that’s why, today, it also makes sense to associate form with class, since the materiality of your class position consists precisely in its irreducibility to what you look like or how you are seen.

In 1981 the artist Martha Rosler wrote that documentary photography developed to become representative of the social conscience of liberal sensibilities as presented in visual imagery, where its rhetoric was most suited for moralism rather than the possibility for actual change in the subjects that it strove to depict. Is there a relationship where certain forms and discourses around photography contributed to the intensity and edification of neoliberalism as we know it today?

It’s probably true that even the most powerful documentary photographs are more likely to induce gratifying feelings of moral superiority in their beholders than changes in the situations of their subjects. And it’s probably also true that photography has played some role in the more general collapse of politics into ethics. But that’s another way of getting at the fact that photography has more political meaning as art than as documentary, more political significance when it seeks to be beautiful than when it seeks to be relevant. (That’s why work like Michael Fried’s on why photography matters as art is more politically interesting than most of the work on why it matters as politics.) On the one hand, it’s perfectly true that if what you want is changes in policy, you’re not likely to get them from art. On the other hand, if what you want is a vision of the structures that produce both the policies we’ve got and the desire for alternatives, art is almost the only place you can find it. 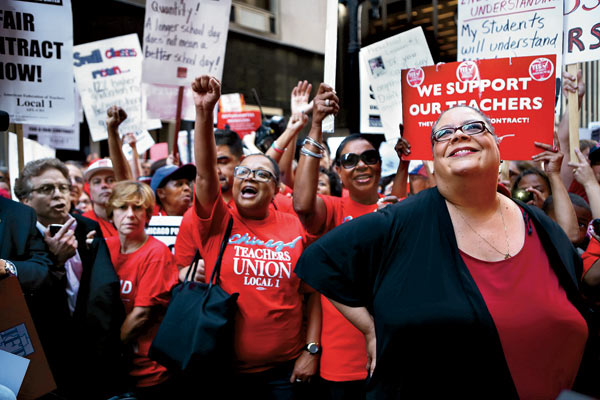