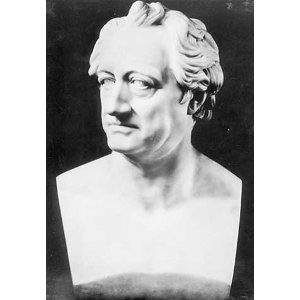 There is no more arresting moment in Hegel’s Lectures on Fine Art than the one at which his evocation of classical Greek sculpture unex­pectedly discovers a divergence between “the blessed loft­iness of the gods, which is a spiritual inwardness, and their beauty, which is external and corporeal.”  As he also writes: “The spirit appears entirely immersed in its external form and yet at the same time immersed thence into itself. It is like the wandering of an immortal god among mortal men.”  So far so good — without that all but undetectable diver­gence there would be no content, no unfolding, no philo­sophical import to any nar­rat­ive concerning art.  (There would be no proper history of art.)  But he at once proceeds to compare it with the effect made on him by Christian Daniel Rauch’s celebrated portrait bust of the great Goethe, in which the noble brow, nose, and eyes are con­trasted with the toothless mouth and the aging flesh starting to slip from the cheeks and neck. “It is the firm, powerful, and time­less spirit which, in the mask of encir­cling mortality, is on the brink of letting this veil fall away and still lets it just hang freely around itself,” Hegel writes as if gazing fixedly at Rauch’s bronze.

The tran­sition is start­ling — from the youthful gods and marble master­pieces of ancient Greece to the aged poet — and leads the most con­sci­entious reader to wonder whether she has quite succeeded in follow­ing Hegel on this point.  But perhaps the point is pre­cisely to bring the reader to a halt, so that she might better grasp the simple but profound thought that no plastic or indeed sensuous manifes­tation of spirit in the modern epoch comes closer to the ancient Greek ideal than Rauch’s Goethe, failing flesh, toothless gums, and all.  As so often reading Hegel, it is hard for a modern like herself to know whether to laugh or to cry.

AN ESSAY IN AESTHETICS

Anna at four and a half seated securely in the back during a car ride from Florence to Borgo San Sepolcro drew a magnificent picture of a hat with a broad brim and a deep crown.  The hat was mono­chrome: although she had a box of sixty-four Crayolas by her side she made it all dark brown, only varying the strength and dir­ection of her strokes as they followed the form.  When we arrived and she showed us the drawing I was amazed.  Every mark felt motivated, the placing of the image on the sheet could not have been improved, the point of view (from the side, a little toward the front, looking sharply down on the brim) was ideal, and the hat itself — I am a severe critic — seemed to me the most enchanting specimen of its kind I had ever come across in life or art.  Not that Anna’s drawing quite belonged to the latter category.  Nothing counts as art unless you can do it again.

I question her: “And were you Dante’s guide,
Dictating the Inferno?”  She answers: “Yes.”
— Anna Akhmatova, Muse

Akhmatova hears something and looks up.  Or perhaps she doesn’t hear anything but subliminally registers a peculiar tremor in the oil-lamp’s yellow illumination falling on the notebook page beside her writing hand.  In any case, she looks up and sees stepping from the far corner of the drably furnished room a young woman wearing a veil and holding a flute whom she instantly recognizes as a Muse — the selfsame, the visitor confirms in response to a direct question, who six hundred years earlier in one temporary housing arrangement after another, though now and then in an orchard or on horseback or within sight of the Adriatic, murmured indef­at­igably to the great Florentine.  Akhma­to­va’s quietly exalted poem says nothing more about what took place between them.  Probably very little: the poet after all was under strict surveillance, the young woman’s arri­val was undoubtedly noted by observers, and we may some day learn that even their terse exchange (with its tantalizing reference to Dante’s Hell) was recorded, analyzed weeks or months later by paranoid functionaries, and carefully filed away against the danger of a future visit.

Michael Fried is Academy Professor and Professor Emeritus of the Humanities. As an art historian he is best known for his trilogy of books on French pain­ting and art criticism from the middle of the 18th century through the advent of Manet and his generation in the early 1860s: Absorption and Theatrical­ity: Painting and Beholder in the Age of Diderot (1980), Courbet's Realism (1990), and Manet's Modernism, or, the Face of Painting in the 1860s (1996). But he is also the author of Realism, Writing, Disfiguration: On Thomas Eakins and Stephen Crane (1987), Menzel's Realism: Art and Embodi­ment in Nineteenth-Century Berlin (2002), Why Photography Matters as Art as Never Before (2008), The Moment of Cara­vaggio (based on the Andrew W. Mellon Lectures in the Fine Arts; 2010), Four Honest Outlaws: Sala, Ray, Marioni, Gor­don (2011), Flau­bert's "Gueuloir": On Madame Bovary and Salammbô (2012); Another Light: Jacques-Louis David to Thomas Demand (2014); After Caravaggio (2016); What Was Literary Impressionism? (2018) and Painting with Demons: The Art of Gerolamo Savoldo (2021). In addition his early art criticism is gathered in Art and Objecthood: Essays and Reviews (1998). 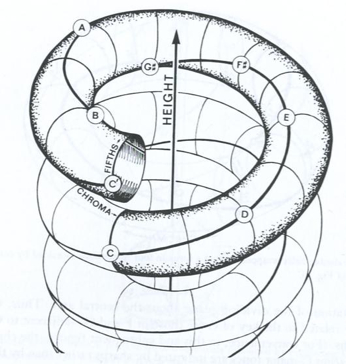