On the End(s) of Black Politics

The only thing that hasn’t changed about black politics since 1965 is how we think about it.

In its commitment to making visible and less pervasive the various forms of theoretical neoliberalism that define the present moment, nonsite.org has illustrated on multiple occasions that the broad acceptance of antiracism and identity politics, in whatever guise, as a fundamentally left politics has been part and parcel of securing neoliberal hegemony. This is not because a socialist vision countenances racism or other forms of discrimination, but rather because antiracists—as demonstrated this past spring when Ta-Nehisi Coates faulted the Bernie Sanders presidential campaign for refusing to embrace a call for reparations for black Americans—remain attuned to a vision of justice defined by ensuring equal access to hierarchically distributed social goods such as family wealth (and redressing historical impediments to the accumulation of wealth rooted in discrimination). Indeed in making frequent recourse to the adjective “narrow” in chastising a politics that roots inequality in economic exploitation, antiracists and identitarians have positioned the idea of racial justice as a critique of, rather than an expected consequence of, socialism. It is largely for this reason, as Walter Benn Michaels has noted on these pages, “the commitment to identity politics has been more an expression of…enthusiasm for the free market than a form of resistance to it.”

It is also because many “left” identitarians, in particular those associated with #BlackLivesMatter, have, at least nominally, placed neoliberalism in their crosshairs that we thought it necessary to establish this new section of nonsite.org to draw attention to the ways in which contemporary black political projects exemplify the “left in form, right in essence” character that so often plagues progressive politics in the US. Black antiracists have rightly decried the assault on the public sector and the pursuit of privatization that defines that project, but their account of neoliberalism rests on an inaccurate and essentially ahistorical understanding of the relation of black racial subordination to the development and ongoing legitimation of the capitalist order—and it is this ahistoricism, so pithily captured in the epigraph by Willie Legette that heads up this section, that we seek to counter. That capitalist domination has continually sought to locate the sources of inequality outside the domain of economic relations (thereby naturalizing them) through establishing what Adolph Reed has termed ascriptive hierarchies of worth, has, in the analyses put forward by black antiracists, ossified into a claim that neoliberalism requires the specific subordination of black people and, correspondingly, that any project promoting black solidarity and the social worth of black people is inherently radical. As an example one can point to Keeanga-Yamahtta Taylor’s proclamation in a recent book, From #BlackLivesMatter to Black Liberation, that “When the Black movement goes into motion, it throws the entire mythology of the United States—freedom, democracy, and endless opportunity—into chaos.” Taylor’s hyperbolic celebration of a politics whose point of departure requires harmonizing the interests of the black poor and working class with those of the black professional-managerial class indicates the conceptual and political confusion that underwrites the very idea of a Black Freedom Movement. The prevalence of such confusion is lamentable; that it go unchecked and without criticism is unacceptable. The essays that appear in this section will critique this tendency and offer in its stead a vision of what we think ought to be.

Touré F. Reed is a professor of 20th Century US and African American History at Illinois State University. He is the author of Not Alms But Opportunity: The Urban League and the Politics of Racial Uplift, 1910-1950 (Chapel Hill: UNC Press, 2008) and Toward Freedom: The Case Against Race Reductionism (Verso Books, 2020).

Willie Legette is Professor Emeritus in political science at South Carolina State University. His areas of specialization are American political development, particularly bearing on the South and on black Americans, social movements, and political theory. 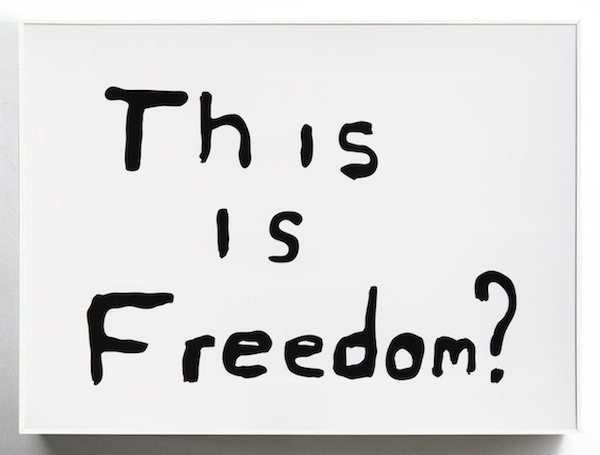 Academic Labor, the Aesthetics of Management, and the Promise of Autonomous Work