Editor’s note: the debate between Diarmuid Costello and Charles Palermo on photography first began in the Summer 2012 issue of Critical Inquiry and continues on their website under the heading Debating Photography.

Since photography’s beginnings, descriptions of photography have emphasized its mechanical character—the fact that it makes images without the kinds of human actions, such as drawing, traditionally associated with image making.  Philosophical objections to calling photographs signs or representations continue to center on this feature of photography.  Increasingly, as photography has gained wider acceptance as a medium for artistic work, the photographic image’s independence from certain kinds of action traditionally associated with image making has come to seem less like a liability or source of doubt and more like a source of artistic value for the medium.  Either way, and without forgetting the variety of work that can be accomplished with photographic materials and processes, we can speak of pictures made photographically—images of the world made in cameras—as having been made mechanically.  In this sense, “mechanically” clearly means something like “with a machine.”

Of course, cameras do not work purely mechanically.  The operator always plays a role in photography.  Photographs require human agency.  Further, agency has always been understood to depend on the agent’s intention.  That is, we generally exclude from discussions of agency those acts performed (or events precipitated) unintentionally.  If I leave a Polaroid camera on a windowsill, and a breeze from the open window causes the curtain to billow, and the billowing drapery knocks the camera to the floor, and the resulting jolt actuates the shutter causing the camera to make a picture, we may call the result a photograph, but a generally accepted account of agency will stop short of calling the making of the photograph an act.  That is because the act I did perform—setting the camera on the windowsill—cannot be understood (on the account I’ve given) as comprehending anything we could call my intention to take a photograph.  Much less this photograph, the one the Polaroid actually ejected after the fall.

Of course, one might say that no one ever precisely intends to take this photograph, the one that actually results from an instance of photographic activity.  Indeed, there is a variety of ways to say this.  One might say, with Peter Henry Emerson:

The photographer at once sets up his machine, focuses and exposes; but in these very processes his ideal has gone.  What results may be beautiful, but it is no more the representation of his ideal, the vision he first saw.  It is something else, for the machine imposes certain conditions which were never in the photographer’s mind at all.1

Or, one might put it as Lee Friedlander does:

I only wanted Uncle Vern standing by his new car (a Hudson) on a clear day.  I got him and the car.  I also got a bit of Aunt Mary’s laundry, and Beau Jack, the dog, peeing on a fence, and a row of potted tuberous begonias on the porch and 78 trees and a million pebbles in the driveway and more.  It’s a generous medium, photography.2

Whether you want to say photography captures too little of your ideal or so much that your artistic vision is lost among the myriad objects it registers, it comes down to the same thing: even if the beholder sees and understands precisely what you wanted her to, what she sees is there because the machine records it, not because the photographer set out to show it to her.  These kinds of concerns find in photography’s mechanical element an openness to vicissitudes, to accidents of production and reception, that competes with the photographer’s intention.  Certain photographers, like Edward Weston, commit to mastering or overcoming the vicissitudes that attend the production of the photographic print.3 Others, like Minor White, envision the photographer’s task as mastering or overcoming the vicissitudes of reception.4

Roland Barthes’ famous distinction between the studium and the punctum theorizes, or displaces from the realm of photographic practice to the domain of interpretive method, photography’s openness to what the photographer did not intend.5 Or, perhaps we should say, to what the photographer did not want specifically to show the beholder.  I think it is important to open up that distinction for a couple of reasons.  First, it is a feature of Barthes’ reflections on interpretation to claim that the openness of the object of interpretation to the consumer’s creative activity, as against the will of the object’s creator, is historical—i.e., that it is in some way a feature of the local conditions of the object’s production.  In that sense, the author’s agency may not be quite irrelevant to “punctums”—or to “texts.”

“Texts” are produced differently, because under different circumstances, from “works.”6 So, insofar as the openness of the photograph owes something to its production’s place in the history of the transition from “work” to “text,” it seems reasonable to think it may be a feature of the circumstances that inform its production and not or not merely because of the mechanical mode of their production.  Alain Robbe-Grillet’s novels are not “texts” because typewriters are machines.  Which is just another way of saying that it’s not saying much to say that a thing is produced “mechanically.”

The related concepts of automaticity and automatism come in precisely here.  To say that a process (mechanical or not) is automatic is to put it in relation to an agent’s intentions.  But it is also to say that what happens is a particular kind of action.  I want to describe this, in language borrowed from G.E.M. Anscombe’s account of agency, as a felt difference between a description and an intention.7 That is to say, when one performs an action automatically, one intends to perform it, but the way one would describe one’s performance is not by naming that action.  So, for instance, when a hypnotic subject works out an arithmetic problem she’s given in hypnotic trance—while distracted from her own arithmetical work by a task, such as reciting lyrics—she is solving the problem automatically.  By saying that, we are saying that, although she would describe her action as reciting lyrics, she is intentionally solving an arithmetic problem.  If I take a photograph with a camera that focuses automatically, I will describe the action as “taking a picture,” not as “focusing,” and yet, I want the camera to bring the principal subject into focus.  The automaticity depends on the difference between the intended action I will give as a description and the action I intend implicitly.

This is not to say, however, that all implicit intentions should be called automatic.  Only that all automatic actions—where “automatic” is used in the relevant sense, in the sense we mean when we speak of photography as automatic—are intended implicitly.  When a doctor taps my knee with a mallet, my leg automatically jumps.  This is a different sense of the word “automatic,” one that is more or less synonymous with “involuntary.”  It does not help us see how an act (photographing something) can be automatic, since my leg’s movement in that example won’t count (in any usual account of agency) as an act.  I don’t intend to do it, not even implicitly or unconsciously.  In that sense, it should be excluded for the same reason as the photograph made by the accidentally fallen Polaroid camera.  When I am hired to pump poisoned water into a house in order to kill the inhabitants of the house, I may describe my act as “polish[ing] that lot off,” but any number of other descriptions are available, any of which might be described as corresponding to an intention of mine (pumping water, replenishing the house’s water supply, supporting my family, making the world a better place) (Anscombe, §23, pp. 37-41).

In an action we describe as automatic, there are similarly proliferating intentions around one description (as there are in all or the vast majority of actions, I’m sure), but there is some opacity in the connections among them—something unclear or surprising in their relations to one another—so that, although we can acknowledge that they are ours and that we did not perform them accidentally, we cannot specify in the way we could in the water-pumping example, or we at least find surprising, how the accomplishment of some of them is related to the accomplishment of others.  When I say that my camera makes an image automatically, I do not mean that it does it without me, or that I did not intend to make an image.  What I mean is that, I know that I performed an act under a description like “taking a picture.”  And I know that I pressed the shutter release deliberately, but I am registering the fact that there is a gap or a disjunction between that description (“taking a picture”) and what I did (pointing the camera and pressing the shutter release, in a pretty minimal scenario) in comparison with other kinds of actions—say for instance, drawing—in which what I do (making and revising marks) and my description of what I do (“drawing a picture”) seem intimately related or even identical.

It is important to register the fact that the difference—between actions with the opacity that leads us to speak of automaticity and those that don’t—is not in the technologies.  There is such a thing as automatic drawing, too.  And there are instances of photography (perhaps photograms would be among them) that do not tempt people to speak of automaticity or of automatism.  There are technologies that once seemed to embody automaticity that have ceased to produce that structure, that difference between description and intention.  Think of automatic transmissions in automobiles, for example.  Automaticity and automatism are thus historical structures of expectation that shape relations between intentional actions and the descriptions under which we perform them.  It has been a defining and enduring feature of photographic discourse up to now that automaticity and automatism have been available to us through photography.  An important task for the history of photography will be not just to invoke photography’s automaticity, but to describe—for any photographic work or enterprise it takes up—the nature and importance of its automaticity in that instance or set of instances. 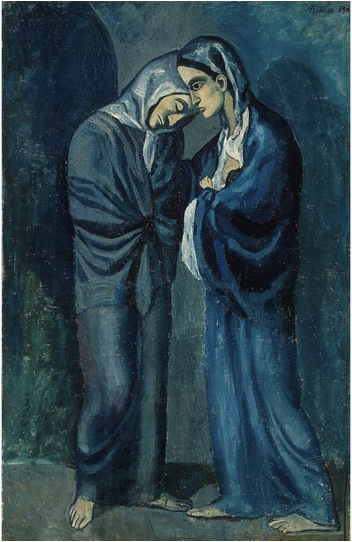