Thomas J. Adams’ review of Thomas Piketty’s Capital in the Twenty-First Century begs what I consider to be a vital question.  In what follows, I want to pose that question.  In that sense, I am criticizing Adams.  I should say, further, that that is the only sense in which I understand myself to be criticizing Adams.  I don’t aim to find fault with his general thesis, that by “eliding history, the terms of [Piketty’s] discussion imagine solutions without politics,” which is to say, without a good account of the history of inequality, you cannot have an effective, mobilized political engagement.

I would note, first, that Adams is not claiming that Piketty’s analysis is incorrect on its own terms.  Adams does not revise numbers or criticize the methodology behind Piketty’s description of inequality.  Rather, Adams feels that, like many who complain about growing inequality, Piketty offers inequality as “something to be chastised or exposed, not fought.”  This is why Adams describes Piketty’s work as (yet another) “theater of inequality”—because it offers an occasion for chastising and exposing, not for inciting action.  Not that Piketty considers policy improvements impossible.  He supports a global wealth tax, for instance.  But he does not say how the institutions that have fostered inequality (the “global governing class” of Adams’ analysis) will be made to reverse their apparent preferences and begin to take steps to decrease inequality, rather than continue to increase it.  This failure to specify how policies favoring the redistribution or wealth or income should reverse themselves is where Adams sees the absence of class politics in Piketty.

Somewhat surprisingly, though, Adams’ diagnosis does not yield a prescription for a more robust and class-conscious action.  Not precisely.  Rather, for a patient who suffers from a lack of class politics, the prescription is a dose of history.  According to Adams, mobilizing class politics depends on history:

Politics and policy tools are not synonymous, and the assertion of the latter without the former is effectually demobilizing.  The approach is both cause and condition of our political atrophy in the contemporary neoliberal moment.  It is also a condition, not unrelated to neoliberalism, of a debilitating antihistoricism in social and political thought.

I have no desire to be taken to argue that we should embrace antihistoricism.  (Maybe we should, for all I know.  But I’m not in a position to argue that thesis.  That is why I insist that what I am doing here is asking a question, not refuting Adams.)  What I would like to ask is, how do past history and present action go together?

This is where E.P. Thompson enters the argument:

Let politics attempt to abstract the concepts from the practices, and build for them a home independently of these, and far removed from any dialogue with their object, and then we will have—the theatre of inequality.1

I will not attempt to summarize or even represent Thompson’s careful response to Louis Althusser (and Karl Popper, and a host of others).  And I’ll keep the italics, so as to underscore, as it were, that it is Adams’ use of Thompson with which I concern myself.  But I’ll permit myself to cite Thompson once or twice, too, to help set my question in relation to Adams’ argument and what I can understand of its background.  Anyway, I take this opening salvo to be a declaration of Adams’ principle: that experiences (in the form of practices, in this passage, but more generally, too) inform one’s politics and that one’s politics emerge from one’s interpretation of experience.  To attempt to isolate—or theorize—politics in isolation from experience is to enter a kind of idealist echo chamber within which theoretical assumptions merely underwrite theoretical conclusions.  (I take it that Thompson would agree, at least to this point.)

Writing, as he did, around the end of the interregnum of which Adams speaks, Thompson acknowledged the exceptional character of recent history and experience:

“Experience”—the experience of Fascism, Stalinism, racism, and of the contradictory phenomenon of working-class “affluence” within sectors of capitalist economies—is breaking in and demanding that we reconstruct our categories.  Once again we are witnessing “social being” determining “social consciousness,” as experience impinges and presses upon thought: but this time it is not bourgeois ideology but the “scientific” consciousness of Marxism which is breaking under the strain.

This is a time for reason to grit its teeth.  As the world changes, we must learn to change our language and our terms.  But we should never change these without reason. (“Poverty,” 25)

Experience—even, or especially, experience that challenges our deepest beliefs, our surest ideas—has to modify our arguments and our social consciousness.  “Fascism, Stalinism, racism, and […] the contradictory phenomenon of working-class ‘affluence’” all present challenges to the kind of social consciousness Thompson found himself inhabiting; his arguments would need to accommodate them.

But Adams, while acknowledging racism, the passing period of working-class affluence (the interregnum), and other embarrassing features of the history of good class politics (such as its coincidence with sexism, etc.), considers the basic rightness of class politics superior to those accidental features.  I’m completely sure he’s right about that.  However racist or sexist American society was during the interregnum, the success of organized labor during that period was a success.  And it should be a lesson to us now—and we can surely do things differently this time, without the racism and sexism, for instance.

With this totally salutary and right thought come some other issues, though.  Early on, Adams expresses some concern about the “replicability” of the United States’ mid-century triumphs (always understood as qualified along the lines Adams suggests with regard to racism, sexism, etc.).  Replicability notwithstanding, “understanding the historical logics and contingencies on which these successes were built is a task central to rebuilding a redistributive politics, one that can plausibly pull us out of the current morass.”  That is, we cannot repeat (the parts we like best of) the mid-century triumph, but we can learn from them.  And we can learn from them because we can separate certain contingencies (Fascism, Stalinism, racism, etc.) from principles (effectively organized labor counters inequality) that transcend the circumstances of a given historical example.  We might say that the principles are different from the contingencies because we can see causal mechanisms that unite them to desired outcomes, but that would be to permit “theory” to dictate to “experience,” to validate itself in the absence of historical experience.

Of course we think that way all the time.  Any imputation of causality does as much as that.  One does not need to replicate in every detail the last circumstance in which one drove a nail with a hammer in order to imagine how to drive a nail with a hammer.  But the trick is to figure out which elements of the situation need to be the same in order for the historical hammering to offer a useful model for the latest hammering project.  To say that theory must emerge from practice is to say that a sufficient history of hammering will tell you how to approach a given nail.

“Contingency” is, to simplify things considerably but not wrongly, a name for the limitations of that principle:

“history” affords no laboratory for experimental verification, it affords evidence of necessary causes but never (in my view) of sufficient causes, the “laws” (or, as I prefer it, logic or pressures) of social and economic process are continually being broken into by contingencies in ways which would invalidate any rule in the experimental sciences, and so on. (“Poverty,” 38)

Thompson does not leave the matter there, but I think we may.  If we take the notion of historical contingency seriously—as a way of limiting talk of the replicability of historical events or of naming the sufficient conditions of historical or projected outcomes—then we raise a serious question about the relevance of historical examples to present predicaments.  In short, when we look to the past (New Deal America, for instance) for an example, we bracket certain differences between our situation and that past situation (globalization, the information economy) and declare the separability of certain factors (racism, sexism) from our calculations, so that we can take other factors (an explicit politics of class, organized labor) in something close to isolation, as necessary (if never sufficient) causes of processes that are continually disrupted by historical contingency.

How do we decide what factors are wheat and what are circumstantial chaff?  Once we have, can we say that we are attending to history, or should we rather say that we are producing a carefully counterfactual story of our past history with the right features to motivate action in the present that suits our present sensibilities?  Or, to put the matter in terms of the question I want to ask, does history provide evidence of historical consciousness (as opposed to antihistoricism) as a necessary condition of class-driven politics?  This is the matter Adams assumes, and which I want to make explicit.  Is it not at least hypothetically possible that a fiction of history could motivate an effective class politics?  How correct does our historical interpretation (of, say, mid-century America) need to be to motivate a class politics?  If it needs to be true and accurate—which is to say, if it needs to be historical at all—then according to what principle are we permitted to carve out those features of that history (Fascism, Stalinism, racism, etc.) that we need to isolate from it in order to render it acceptable to our sensibilities now?

This is not to argue that the mid-century interregnum is not a useful model for future action.  I fully support the agenda Adams evidently proposes (organized labor and political action from within a class consciousness), but I want to ask, above all, where the authority—that principle of mobilization that turns calls to action into action—resides?  Steven Knapp has argued, in a different context, that historical accounts get mobilized, and selectively distorted, in order to provide an explanation for our situation, on one hand, and an analogy to mobilize us in the present—two purposes or functions that live in an obscure and shifting relation to one another.2 Is it in history itself, understood as the object of our inquiry, or is it in the present, in an interpretation of history that is made possible by and limited by our present ideas and ideals.  If it is the latter, then what is it about history, in its obdurate, factual mixture of the exemplary and the execrable, that is fit to guide us?  Would a finer fiction—or a set of internally coherent ideas—not do just as well?  How do history and action in the present go together?  How does history gain authority over us?

1.  Edward P. Thompson, The Poverty of Theory (New York: Monthly Review Press, 1978), 44; as cited in Adams.↑
2.  Here, I am developing what I believe is the argument of Steven Knapp in Literary Interest: The Limits of Anti-Formalism (Cambridge, Mass., and London: Harvard University Press, 1993), esp. 106-20.↑
Tags: ClassInequalityInterpretationPolitical EconomyPoliticsRaceThomas J. AdamsThomas Piketty 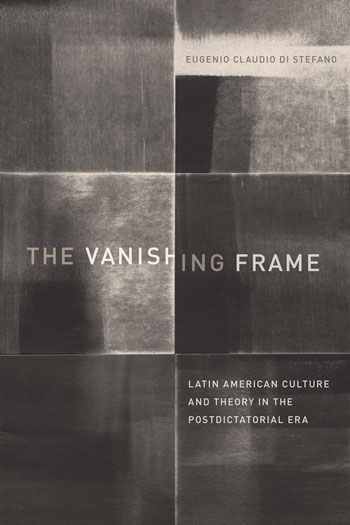