Trevor Strunk’s “Alone in a World of Objects” is a welcome and persuasive addition to the sparse literature on the aesthetics of video games. Generally, as Strunk has elsewhere argued, scholarly attempts to legitimize videogames as an object of study have appealed to the medium’s obvious connections to novels, as in the case of Anastasia Salter’s What is Your Quest? (2014), or art history, per Andy Clarke and Grethe Mitchell’s Videogames and Art (2007, 2014). Yet in part because of these texts’ limited artistic horizons, neither offered a clear sense of what a “videogame aesthetic” might be. Strunk’s primary contribution, here, is to lay out the foundations for asking such questions in ways that take seriously the distinctiveness of the medium.

To wit: There is no “videogame aesthetics,” only the aesthetics of videogames. Strunk is correct to point out that the “generalized material critique [of the medium]” practiced by many scholars must not come at the expense of sustained engagement with the structure and form of individual titles. The remarkable degree of diversity exhibited by videogames ensures that a single, totalizing aesthetic will inevitably fail to capture the breadth of expression of which the medium is capable, and explicating the many possible and co-existent aesthetics of videogames will be a task of many years.

Though my own interest in games lies with esports, a particularly potent form of videogames’ imbrication with the market, Strunk’s readings of Gone Home (2013) and The Talos Principle (2014) demonstrate how certain games might refuse, or at least expose, the ever-more-complete immersion of creative media into late capitalism. The standard reading of Gone Home (or one of them, at least) tends to focus on the game’s sophisticated use to environmental storytelling, but Strunk’s brilliant turn is to focus our attention on what happens after the story is over. What remains when the mystery is solved is a empty house, filled with things that respond to the player’s touch, but no longer offer any other interactions. As Strunk asks, “What is more representative of the full alienation of things under late capitalism than unresponsive, disinterested everyday items?”

Still, it’s worth noting that the effect Strunk valorizes—one in which the “finished game” (a product of the player’s labor, in a sense) alienates the player through its sudden refusal to meaningfully interact with her—depends upon an established set of player expectations. Strunk’s argument “works” precisely because players have been taught to expect more from a game when it has supposedly been exhausted, whether it’s a chance to repeat the game with a slightly altered ruleset, or the promise of a different (better?) narrative resolution. The critical moment at the end of Gone Home is, in effect, a refusal to submit to this logic of “replayability,” and it is in part the player’s recognition of that refusal that gives Gone Home its political potential.

But where did this expectation come from? Indeed, the concept of replayability has become a crucial element of the criteria by which games are often judged, and the history of this judgement has everything to do with games’ aesthetics today. It is not coincidence that the same moment at which games have achieved some degree of cultural recognition is the same moment that independent media has collapsed almost completely, allowing the games industry to wantonly assert its own priorities over games writing. And while games criticism has grown in sophistication in recent years, it is still mostly enslaved by consumerism, one condition of possibility for the political effectivity Strunk describes. The primacy of replayability in judging the “quality” of games—in practice, a brutish “bang for your buck” assessment easily exploited by game publishers (just consider how many games brag about the size of their playable space)—is but one sign of how thoroughly the logic of capitalism dominates creative production today, which makes refusing it all the more potent.

This necessary background goes unacknowledged in Strunk’s essay, an observation I offer not so much as a critique of what I take to be a persuasive and productive argument, but an invitation for further study. The aesthetic(s) Strunk describes are operative in particular games in a particular moment in the history of videogames, and not inherent to any one game, or the even medium itself. It is our task, then, to historicize this moment, like all others—to see where it first came from, the discourses it draws upon and that it reproduces, and where it might yet take us. Exploring the many aesthetic(s) of videogames, past, present, and future, will require taking up not only particular games, but the history of games criticism—professional and amateur, academic and popular—for all shape our expectation of videogames and the potential, political and otherwise, today.

William Partin researches the growing role of large information technology companies in the cultural industries, with particular emphasis on video games, livestreaming, and esports. His scholarly research has been published in Social Media + Society and Surveillance and Society and, in 2020, he was awarded an early career researcher award from the Surveillance Studies Network. He also reports on culture and technology for popular publications including The Washington Post, The Atlantic, and Vice.

He is currently a research analyst in the Disinformation Action Lab at Data & Society and a research affiliate at UNC Center for Information, Technology, and Public Life. 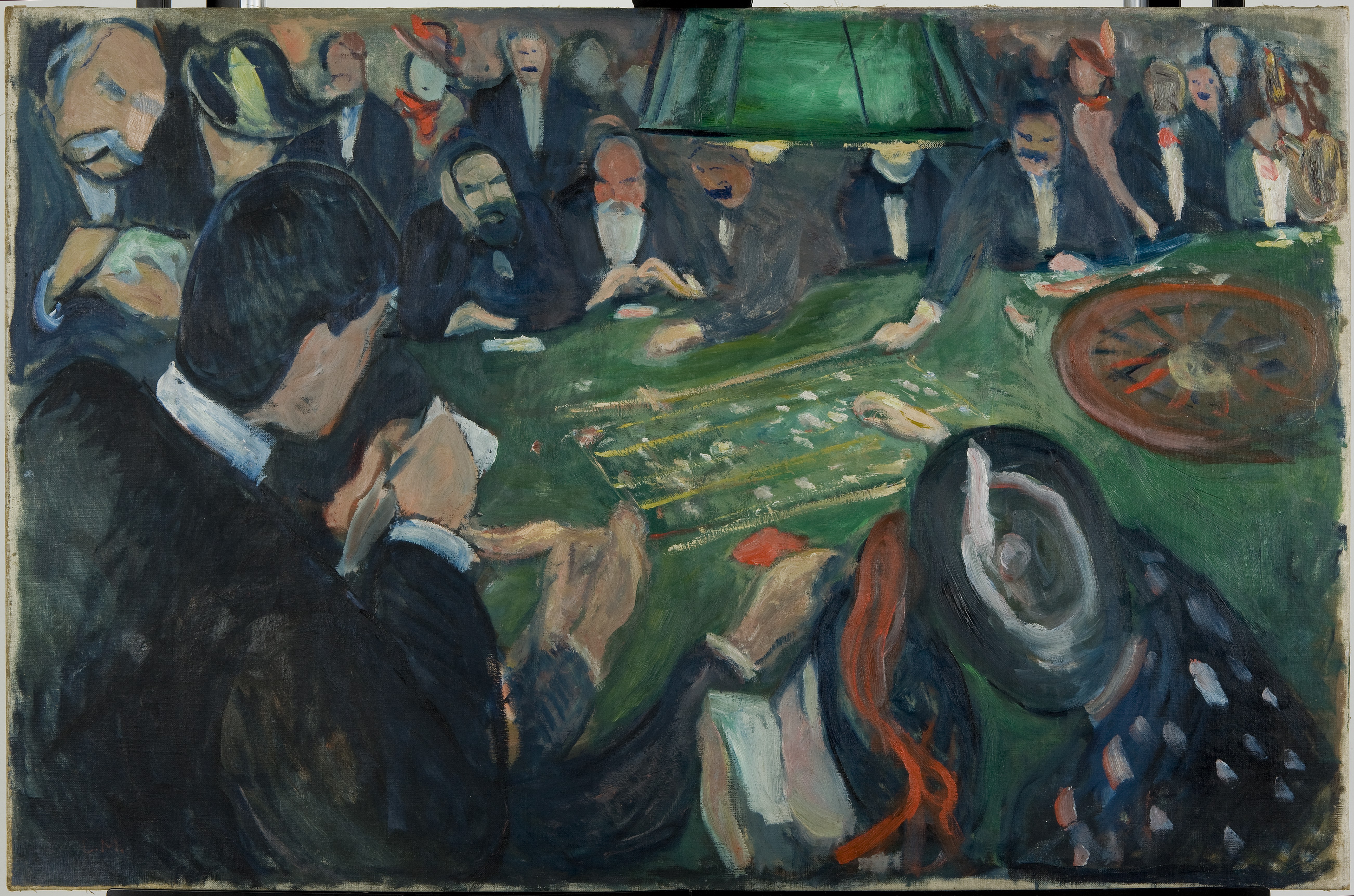 Modernism and the Green Baize