The Beauty of a Social Problem 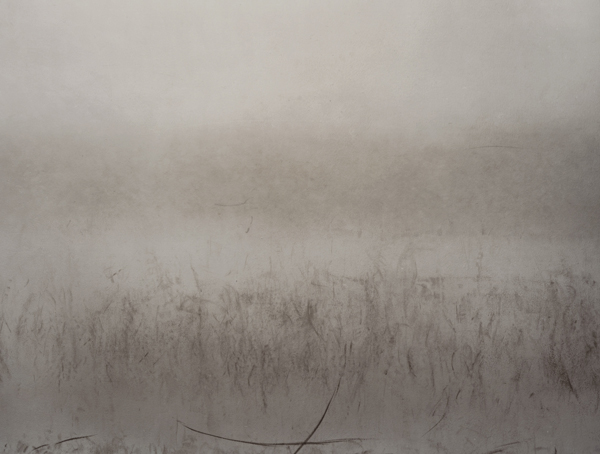 For the full essay visit The Brooklyn Rail.

Unemployment is both a problem and a solution. It’s a problem for the unemployed, who want work, a solution for employers who not only want workers but also want the cheapest ones they can get. If, say, you’re looking to hire a salesperson (the largest occupation in the U.S.), the reason you can get one for an average salary of only $12 an hour is because there are a lot of unemployed potential salespeople out there. Which means, in turn, that unemployment is not just a problem for people who don’t have jobs, it’s a problem also for people who do. If you’ve got that sales job, the unemployed are your competition; they may be worse off than you but you’re worse off because of them—they’re the reason you’re only making $12 an hour.

That’s why Karl Marx, the communist, thought of the unemployed—the “relative surplus population”—as the “pivot on which the law of supply and demand in labor works.” But you don’t have to be a communist to see the utility (to employers) of unemployment. Or to see why the received wisdom is that we should not go below what Milton Friedman (not a communist) called the “natural rate of unemployment,” since, if we do, we run the risk of “accelerating inflation,” which is to say, the risk of having to pay the higher wages that could be demanded by salespersons if there weren’t a surplus of them.

The inequality produced and maintained by unemployment is thus different from other inequalities, like racism or sexism. No one argues, for example, that we need a certain amount of racism or sexism to make the economy work. Just the opposite. Most free market economists probably think that discrimination is ethically wrong but ever since Friedman’s colleague, Gary Becker, wrote The Economics of Discrimination, they know it’s bad for profits. Employers who won’t hire black workers are just strengthening the bargaining power of white workers; they’re throwing away their relative surplus population card. Unlike racism, however, the right amount of unemployment is good for profits. Indeed, it’s good for capitalism itself. Thus the inequality enabled by unemployment is, in a capitalist economy, a useful inequality, and the question of our attitude toward the unemployed (unlike the question of our attitude toward the victims of racism or sexism or any kind of discrimination) is both complicated and beside the point. It’s complicated because, the closer we are to thinking of ourselves as members of the working class, the more our empathy for the unemployed (they get no wages) gets mixed with resentment of them (because they get no wages, we get lower wages). It’s beside the point because how we feel about the unemployed has no connection at all to anything we might do about unemployment. Capitalism likes it, whether or not we do.

That’s why this essay is called “The Beauty of a Social Problem.” It’s a way of invoking Brecht’s famous remark in “The Mother Courage Model” that the scene of the “Song of the Grand Capitulation” will be “disastrous” “if the actress playing Mother Courage invites the audience to identify with her” because the “spectator” will be deprived of the opportunity “to feel the beauty and attraction of a social problem” (Brecht 122). If we think what matters about our relation to the unemployed is our ability to feel their pain, we’re missing the point. And if we think that political art should provide identification rather than “beauty,” we’re missing it again. Rather, to feel the beauty of the problem is precisely not to feel the pathos of the suffering produced by the problem; it’s instead to feel the structure that makes the problem.

It’s for this reason that Viktoria Binschtok’s photographs, made at a Berlin unemployment center, don’t actually have any unemployed people in them. Brecht’s Mother Courage is depicted coming to make a claim on “the captain” for damage done by his soldiers to her stock; Binschtok’s photos are called Die Abwesenheit der Antragsteller, not the claimants but “the absence of the claimants.” What they show instead of the people is the marks the people have left on the wall, leaning against it as they waited to be interviewed about their eligibility for benefits. And while Brecht insisted that Mother Courage’s character—in particular, her “depravity”—be understood as something more than personal, since it was “not so much the depravity of her person as of her class,” Binschtok’s unemployed don’t have any character, depraved or otherwise. What they have instead is bodies. Furthermore, since the bodies appear only by way of the marks on the wall, the question of what kind of bodies they are is as unanswerable (in effect, as unasked) as the question of what kind of character they have. It’s not just, in other words, that we can’t see whether they are lazy or hardworking, we also can’t see whether they are men or women or what their race is; in fact, we can’t even see (what Brecht wanted the audience to see in Mother Courage) their class. What the photograph shows instead is not a class but a mechanism—the “pivot”—that helps make the class system work. Which means that the effect of replacing the people with the marks they leave is less that of deindividualization than it is of de-personification; the marks represent, without personifying, not a group but a structural element.

Although “represent” is a problematic term here. The scuffs and stains on the wall aren’t representations of the people; they’re traces left by their bodies. And the photograph is not a representation of the scuffs and stains; what it records is also a trace; it’s a trace of their traces. In this sense, the relation the photograph has to the unemployed is not that it’s a picture of them but that it’s a picture caused by them, a record of their presence. But, at the same time, the photograph almost ostentatiously deploys a very different understanding of itself, one that turns the traces of the unemployed body into a kind of painterly abstraction (with a particular nod toward Cy Twombly). And this gesture toward abstraction—to something made by the artist rather than recorded by her—is another way of insisting on the function of unemployment rather than on the plight of its victims. It redescribes the bodies created by a capitalist economy as the structural principle that makes capitalism work. Principles are themselves abstractions; they leave no traces; they must be represented not recorded.

A different way to put this would be to say that it’s the beauty of the photograph—a beauty produced not by showing the victims of unemployment but by notshowing them, and by transforming the record of their presence into something that looks more like a Color Field painting than a documentary photograph—that is the mark of its politics. As a picture of the “relative surplus population” rather than of the unemployed, “Wand 1” is not interested in eliciting our sympathy. Rather, precisely because this population performs its function without regard to how anyone feels about it, in order to see it properly we have to see it without appeal to any of the many attitudes either the employed or the unemployed might have about each other and about themselves. Of course, we all have such attitudes. But the social problem cannot be addressed by having better ones; indeed it is rendered invisible by the very idea that our attitudes matter. Once we start worrying about whether the unemployed have made bad choices and are responsible for their plight, or about whether they’re the victims of our racism or sexism and we’re responsible for their plight, we’ve forgotten the real social problem—which is that if everyone made good choices and there were no racism and sexism, there would still be (our economy would still need) unemployment.

For the rest of the essay visit The Brooklyn Rail. 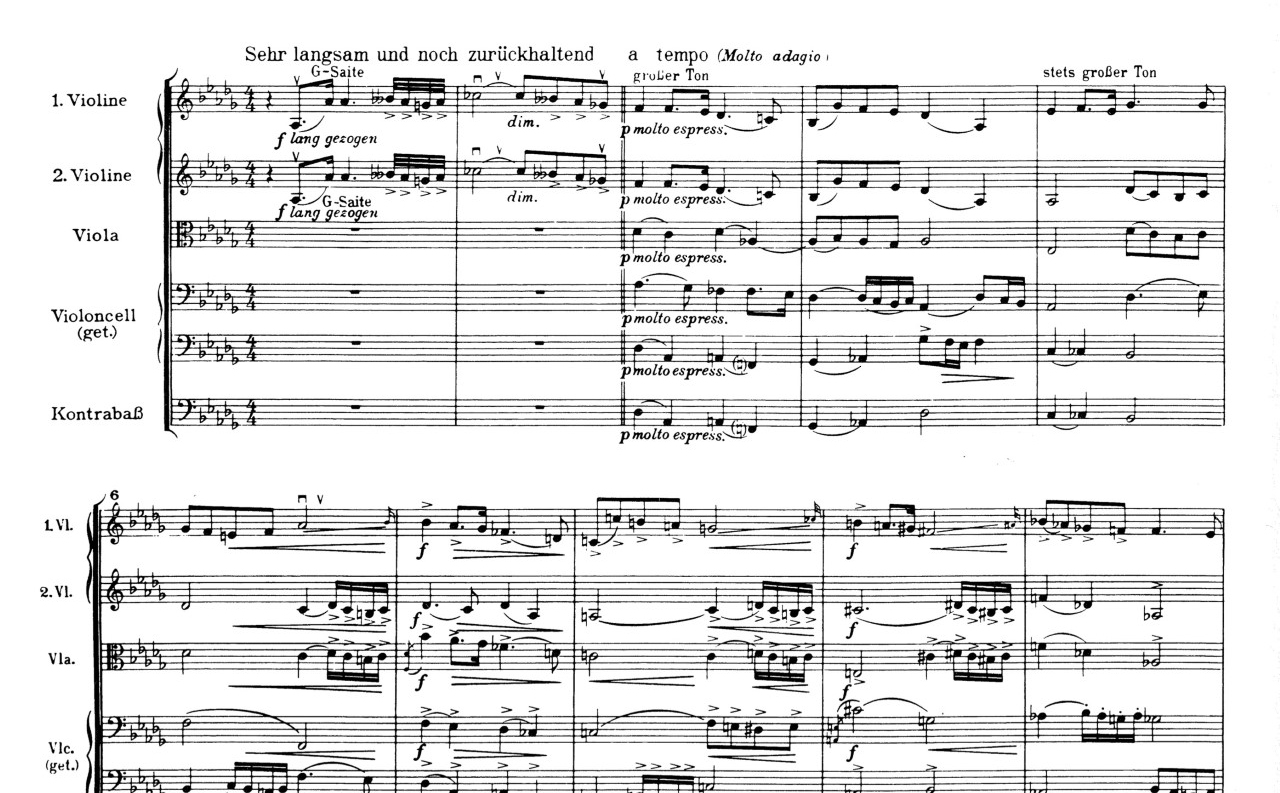