In The Miracle of Analogy Kaja Silverman offers nothing less than a rewriting of the history and theory of photography. Dissatisfied with the two central models of photographic discourse—the authorial look and the indexical sign, the sovereign subject and positivism—Silverman proposes a process-based, temporally driven account of photography as a “mobile, ephemeral and untotalizable flow.” The camera, like perception itself, is a “dynamic and reciprocal process” of taking and giving likenesses of the world. Silverman defines photographic ontology as analogical: the negative and the photograph are “equal terms that are bound together through varying degrees of similarity, and distinguished through varying degrees of difference.” Photographs are both analogical in structure and equally analogical in meaning. Writing of Lady Eastlake, Silverman sympathetically observes how she associates the “photographic image with the disclosure of the world, rather than its creation.” What is disclosed by the photographic image is the analogical structure of the world itself. Silverman further cites an unnamed (and anxious) editor, writing in 1839 in Blackwood’s Edinburgh Magazine, who “suggested that photography is the world’s way of revealing itself to us, and of showing us how it wants to be seen—i.e., of awakening us from our Cartesian dream, and reasserting its primacy.” To begin to awaken from our Cartesian dream is to acknowledge that there is a world that “exceeds our capacity to know it.” And because the world itself is analogical, understanding photographic ontology becomes a way of understanding the world and ourselves in it.

Part of Silverman’s fascination with the work of Nicéphore Niépce stems from his own interest in photography as a mode of disclosure rather than creation. In the language of the time, Niépce was the only one of the photographic pioneers who thought of his technique as a mode of reproduction, rather than original creation (Silverman brilliantly shows how Louis Daguerre and Fox Talbot, alongside Niépce, should be seen under the terms organized by the camera obscura). But Silverman’s focus here is not on Niépce’s fated 1827 attempt to reproduce a view from his window but rather the efforts of those that came after him to turn the heliographic View from a Window into a photograph. Silverman tells the story of Helmut and Alison Gernsheim’s sustained engagement with the heliograph over a period of years. From Scotland Yard, to the Times, to the National Gallery, to Eastman Kodak, to the Harry Ransom Center at the University of Texas at Austin, to the Getty conservation labs (after Gernsheim’s death), Silverman observes how Gernsheim, following Niépce, was committed to a vision of photography as a medium for the world’s self-disclosure; it was the courtyard on that day in 1827, rather than the artist’s hand or mind, that was responsible for the photograph.

What all of the efforts to photograph the original heliographic image show, what they express about the work, is that it is unreproducible. Or rather, there is nothing to reproduce, because the “original” itself is not a representation. All of the images made after the original—irrespective of medium—are “analogies through which the heliograph has continued to self-develop.” Gernsheim’s drawing as well as the now-notorious pointillist over-painting after the heliograph, just like the series of photographs taken of it, are emergent in the heliograph itself. One can immediately imagine how this account of interpretation (or should we call it affectivity) could sound suspect to a historian (or to a legal system). Indeed, when Gernsheim was later accused of doctoring the original with his over-painting he defended himself on the grounds of intentionality. When pressed, rather than situating the author in the courtyard, he more conventionally spoke of his effort to “restore Niépce.” As Silverman argues, intention is the “pivot on which [Gernsheim’s] defense turns.” And intention is the pivot around which Silverman offers her critique. Silverman warns that “not only can we never fully know what anyone else intends, we can never fully know what we intend.” Heidegger’s “unthought,” Lacan’s “desire,” Merleau-Ponty’s “invisible” all point to this concealed point of production. I would add Freud’s “unconscious” to this list, but I would also say that what distinguishes Freud’s account, and this is made explicit in his writings (and, I would argue, in the Heideggerian account as well), is that the unconscious is the site of intentionality. What one really intends is often happening below the level of conscious awareness. But Silverman offers something more than the unconscious as the site of what we might call nondiscursive intentionality. There is another, more fundamental, and less human, expressive center. We read that Gernsheim was contending with the photograph’s intentionality, its “own impulsion toward a further self-development.” Gernsheim, it turns out, responded to something true about the heliograph, although something occurring far beyond normative modes of perceptual awareness. The Getty XRF analysis showed that the heliograph is composed of innumerable “microdots,” which retroactively justifies Gernsheim’s own pointillist production as responsive to the work’s intentionality. Then again, there’s a sense in which everything that emerges in response to the heliograph—photographs, drawing, overpaintings, but also the mental and tactile images associated with it—are expressions of the heliograph, or rather the world’s, intentionality. A difficulty emerges here. What constitutes a response to the heliograph and what a random fact associated with it? If everything that happens when one is exposed to the heliograph is an expression of it, then the work seems to open onto causality (and the work itself disappears). To put it another way, what, if anything, constitutes the difference between a “creative” evolution based in the heliograph, one with “no necessary end-point” and a causal sequence generated by it and the world, which necessarily has no end-point? What is the difference between an analogy and an affect? Or is there a difference between them? At stake in this distinction, for me, is the capacity to disagree with an “interpretation” of an image, to be able to disagree about what we think someone might have meant (even if they could not articulate it themselves).

Silverman concludes her account with a discussion of Joan Fontcuberta’s Googlegram: Niépce of 2005, a work featured in Eduardo Cadava’s and Gabriela Nouzeilles’ important Itinerant Languages of Photography of 2013-14. Like the heliographic work it responds to, Fontcuberta’s Googlegram “challenges our sovereignty…by exposing us to a multitude of other intentionalities.” That Silverman is fundamentally concerned with an ethical relation, of the encounter with other intentionalities, and thus an encounter with the limits of one’s subjectivity, is essential. What is harder to construe is how one could be wrong, irresponsible, in one’s encounter with the other (which includes oneself). How exactly does one differentiate an analogical encounter with one’s concealed “kin” and a repressive projection of oneself as the other? These issues emerge centrally for me with Silverman’s account of Fontcuberta’s Googlegram.

Googlegram is constructed of 10,000 smaller photographs discovered by conducting an internet search with the words “photo” and “foto” (why these two languages?) and assembled by a photo-mosaic program. The mosaic structure of the work enforces a “double optic” approach: from a distance it promotes “totality,” while up-close it dissolves into particularized dots. Unlike a traditional mosaic, where the individual bits of glass are “without meaning,” in the photomosaic it is 10,000 tiny photographs “that still have a meaning by themselves.” But that meaning cannot be a version of the meaning we traditionally expect from works of art. It is happening at the work’s microstructure, beyond or below the level of perceptual awareness. The meaning we experience at the microstructure, the encounter with seemingly innumerable others, expresses the “inexhaustible significance that every being should always have for us, and that the photographic image helps us to experience.” Silverman describes the receptive experience of “inexhaustible significance” as the sensation of “expectation,” as though there were a “‘secret agreement’ between them and me.” It is an experience that “bypasses all reason” but that nonetheless, or only by virtue of its presence, exerts a “‘claim’” on the viewer.

In Silverman’s concluding paragraph she suggests that Fontcuberta himself, in the making of the work, exposed himself by virtue of the photomosaic program and not his (conscious) intentions, to the innumerable “affects” lodged in the images he (or the computer) selected. The chain of affects is unlimited: from viewer, to maker, to work, to medium, to world we are embedded in a flow of meaning. Photography helps us to see and to feel what we are but cannot know. Then again, knowing when to trust our feelings—when we feel them to be right and not just ours—is not just a matter of affect, but of assertion, about what we think others could have meant. Not knowing what they could have meant does not mean they did not mean something or that we cannot know it. Properly acknowledging one’s “kin” requires that we risk the public and corrigible claim to understanding what was said. 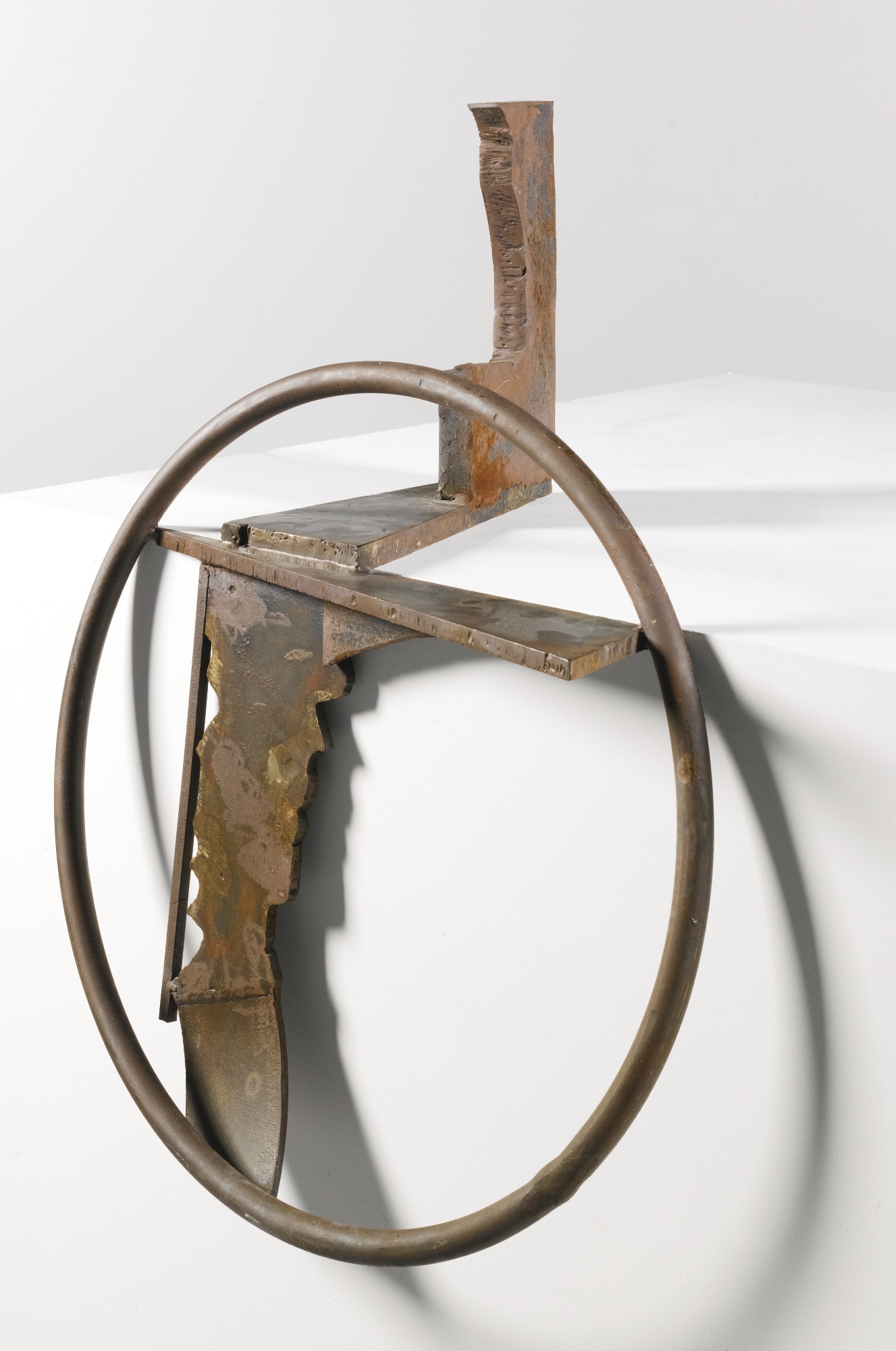