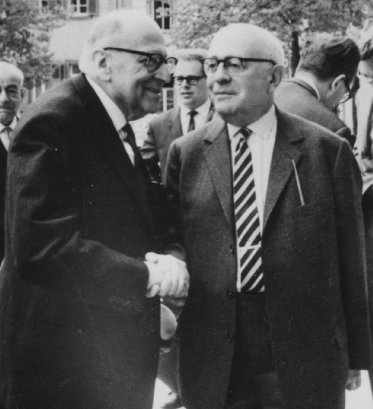 Review of Towards a New Manifesto by Theodor Adorno and Max Horkheimer. Translated by Rodney Livingstone. Verso 2011.

Special thanks to the editors of Radical Philosophy for allowing me to reprint my review from issue 174 (July/August 2012): 31-33.

According to J. M. Bernstein, “the point of [Horkheimer and Adorno’s] Dialectic of Enlightenment was to explain why the dialectic of class had come to a standstill.” The “conflictual dialectic of proletariat and bourgeoisie,” Bernstein writes, “is unavailable for interpretive purposes” (31). It bears noting that this is the only appearance of the term “class conflict” in the 428 pages of The Cambridge Companion to Adorno (2004). Bernstein’s point is made again by Simon Jarvis in the same volume when he writes that the “concept of class…designates not a real entity but a real illusion” (94). “There is,” he insists, “no such thing as a ‘class.’” Because to “classify a diverse group of people under a single concept inevitably misleadingly identifies them” (94). What real or potential use could emerge from this rereading of Marx? It’s a matter of understanding the sea change in Marxist analysis that Adorno initiated when he criticized the basic Marxist tenet that “economics has priority over domination; domination may not be deduced otherwise than economically” (Negative Dialectics). That domination exists without private property was presumed to point to a more basic fact about civilization than any economic analysis could explain. For Adorno the fact that “human beings…are always being humiliated” has absolute priority over any economic analysis (48). At stake is nothing less than a vision of Marxism as an analysis of humiliation, of shame, not exploitation.

The stakes of Adorno and Horkheimer’s influential revision of Marxism emerges in the new translation of their dialogue Towards a New Manifesto. The title is an inspired misnomer; it is hard to see how “Discussion on Theory and Praxis”—the original title in Horkheimer’s Nachlass—would attract any but the most dedicated readers. But what makes the brief volume—113 generously spaced pages—so engaging and what partially legitimates the English title, is the space devoted to a reassessment of key Marxist concepts. We should “write a manifesto that will do justice to the current situation,” Adorno says (92) and he adds a surprising addendum: it should be “a strictly Leninist manifesto” (94). Despite Adorno’s thoroughgoing use of Marxist terminology, his explicit engagement with Marx is slim (roughly four essays in an extensive body of writing are devoted to class analysis). In the twelve discussions that make up Towards a New Manifesto nearly half revolve around the problem of work and “political concreteness.” But as Adorno and Horkheimer make clear, their theory “no longer has anything in common with Marx, with the most advanced class consciousness; our thoughts are no longer a function of the proletariat” (99).

Horkheimer formulates the basic problem for any contemporary Marxism: “in whose interest do we write, now that there is no longer a party and the revolution has become such an unlikely prospect?” (49) Horkheimer’s answer is striking and central to all Frankfurt School analyses, class struggle has shifted to the superstructure: “It is in language that the idea that all should be well can be articulated” (50). More tersely still: “All hope lies in thought” (39-40). To which Adorno replies: “In Marx language plays no role, he is a positivist.” Kant, rather than Marx, saw how “the concept of freedom…can be grasped only in relation to the constitution of mankind as a whole” (50). That language retains in itself the universal claims denied by the particular interests of individuals stands at the foundation of Adorno’s lifelong commitment to the work of art as a form of dialectical overcoming, through a mode of mimetic exacerbation, of capitalist contradictions. Works of art can perform a kind of “second reflection” of capitalist modes of production (93). Put another way, the political power of the work of art is fully predicated on the unreflective modes of work embodied in wage labor. Horkheimer clarifies the problem: “Thesis: nowadays we have enough by way of productive forces; it is obvious that we could supply the entire world with goods and could then attempt to abolish work as a necessity for human beings” (31). He later puts it in Marxist terms, “classes must be abolished because the time is ripe for it, the forces of production are strong enough” (87). For Adorno, this new prospect for freedom is in fact a path to “catastrophe” (87). Whenever workers are given “free time” they are discovered to be “obsessively repeating the rituals of the efforts that have been demanded of them” (32). Adorno describes all the newly won freedoms, the sense that “everything seems to be improving” (35), as “a kind of false classless society” (33). The “perfect classless society” is “in reality the very opposite.” Horkheimer blasts back: “That’s too reactionary” (33). But Adorno is unrelenting: “this entire question of spare time is so unfortunate” because “people unconsciously mimic the work process” (33-34). What could it mean to say “people,” not owners or workers, mime the work process at home? Adorno further broadens the point when he explains how “the appeal to class won’t work any more, since today [we] are really all proletarians” (34). Owner and worker mime labor in their “relaxed” moments. The new manifesto is tailored to bourgeois and proletarian alike.

At their worst, Adorno and Horkheimer’s account of identity thinking is blandly reductive: “All [that self-determination] means [in German idealism] is that the work my master formerly ordered me to do is the same as the work I now seek to carry out of my own free will”; Kant’s “transcendental apperception: labor made absolute” (25-26). And speaking of exchange value: “People like advertisements. They do what the ads tell them and they know that they are doing so” (54). Along this sweeping line of thought Horkheimer remarks that “The USA is the country of argument.” Adorno picks up the (banal) idea: “Argument is consistently bourgeois” (73). Adorno goes on to confuse the matter when he also insists that the “mistrust of argument is at bottom what has inspired the Husserls and Heideggers” (72) and their fall into “pure irrationalism” (67).

Horkheimer, the more pessimistic and less historicist of the two, suggests “we have to reject both Marxism and ontology” (21). Or rather, it is the ontological and theological roots of Marxism—a “faith in progress” (19-20), something Adorno suggests when he speaks of “a new political authority [that] will emerge” at the limits of despair (60; my emphasis)—that Horkheimer rejects. Horkheimer blanches, for instance, at Adorno’s literalist attempts to identify theory and practice. “Even the most rarefied form of mental activity contains an element of the practical,” Adorno contends (75). There’s no difference, he says, between “thinking” and “eating roast goose” (80). Horkheimer rejects the identification and observes how thinking “must have a connection to a world set to rights” (80-81) and must be “targeting true practice” (96).

Although Horkheimer is far more pessimistic than Adorno—“today we have to declare ourselves defeatists…There is nothing we can do. We…have to declare that basically we cannot bring about change” (90)—he is also more practical. He places his diminishing hopes on a “more or less worn-out version of the American system” (21); “planning,” he suggests, “would offer the best prospect” (21). The view of planning is broadly redistributive: “Automation. We should take greater care to help others, to export the right goods to the right people, to seek cures for the sick” (53). Along these lines Horkheimer announces the second thesis of the new manifesto: “If there is so much affluence…we must give to those who have nothing” (106). But this is a fleeting thought within the general tenor of the manifesto, and it stands in tension with his more determined insistence on “the notion of difference” (78). He is “in favor of the chaotic” (27); one “should think differently and act differently” (79). But even here Horkheimer’s scruples are evident. He fears that the use of vague words like “change” and “otherness” are simply “metaphysical gilding for bourgeois desires” (83) and prefers instead the “animal qualities” of “a not-too-strenuous life, having enough to eat, not having to work from morning to night” (86-87).

The conversations conclude on a brief discussion of “Individualism.” It is here, in the most concise terms, that the larger problems of the manifesto project are revealed. It was Marx’s mistake, Horkheimer declares, to be “concerned to ensure that all men would be equal”! (111) Rather than equal, Horkheimer affirms that “human beings should be subtly different” (111; my emphasis). Adorno picks up the thought insisting that “Marx was too harmless,” “he did not concern himself with subjectivity” (111). And it is subjectivity or “difference” that lies at the center of the new manifesto. Adorno’s most surprising assertion, and his most misguided, appears with his concluding thought. The “idea that people are products of society down to the innermost fiber of their being” was dismissed by Marx as “milieu theory.” The future of Marxism lies in the reinstitution of this idea “first articulated by Lenin” (112). The battle that Marx fought against “milieu theory” was against the idea that culture determined consciousness. His great achievement was to see that economics was not a matter of culture but of exploitation. Which is to say Adorno’s emphasis on domination and difference (how bourgeois culture shapes being), rather than exploitation and the proletariat, is pre-Marxist in orientation. Post-Marxism is pre-Marxism redux. 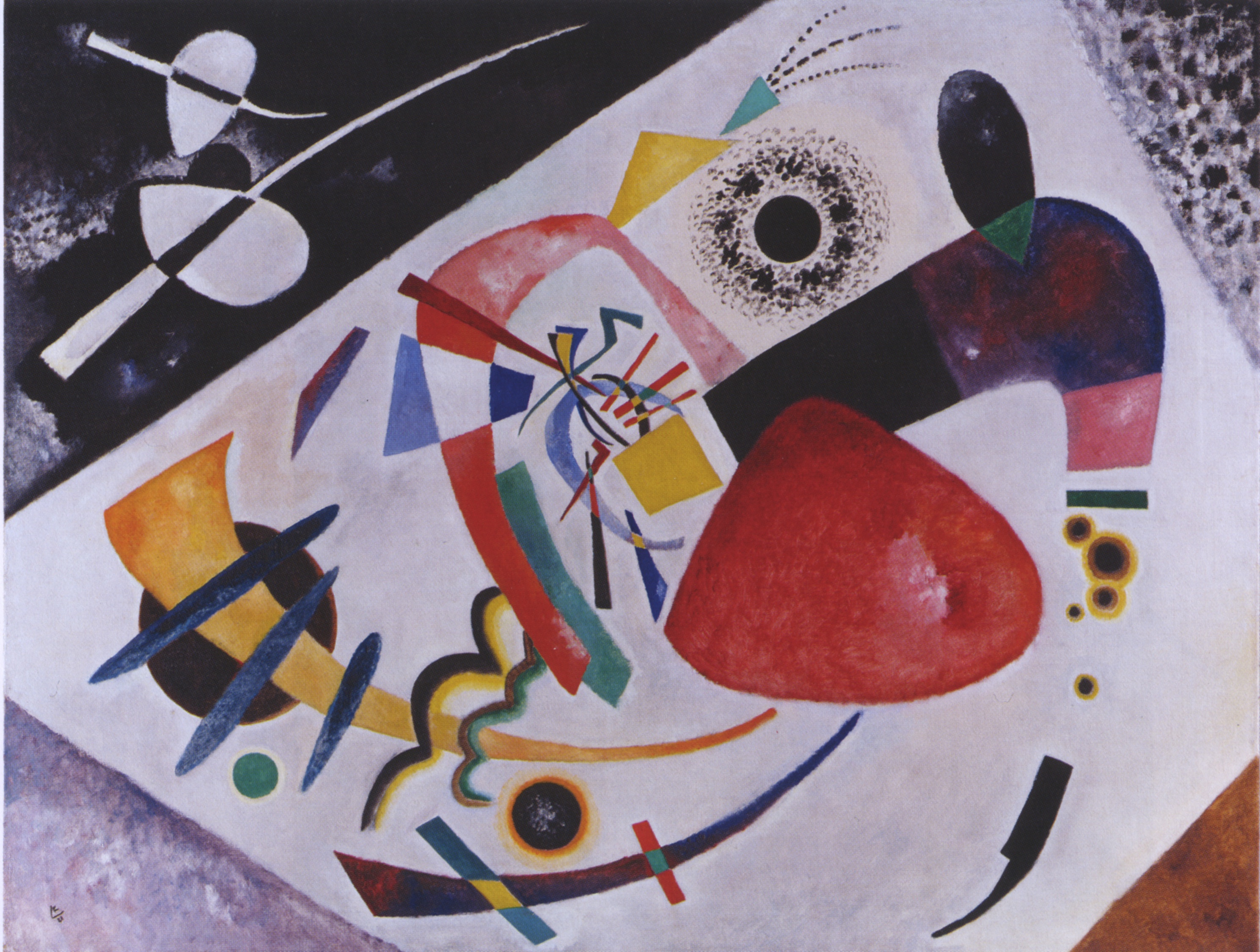